Just a day after Deutsche bank admitted to gold and silver price rigging, two class action lawsuits seeking $1 billion in damages on behalf of Canadian gold and silver investors were launched in the Ontario Superior Court of Justice. This is just the tip of the iceberg, as there will no doubt be U.S.-based lawsuits on the way.

I am not so naive as to believe that government regulatory agencies will really punish the banks in any meaningful way. After all, the government also has a stake in maintaining the legitimacy of the fractional reserve fiat monetary system. It enables and sustains their power, both domestically and internationally. Investors agree, as shares of Deutsche (DB) are up over 2% today and up 11% in the past week.

However, if this case does at least end the manipulation of gold and silver at Deutsche bank, this alone would have an impact on prices. And at minimum, one would assume these recent revelations would dissuade other banks from continuing to manipulate the gold and silver prices. It would then make sense to expect an upward revision in prices.

Deutsche Bank AG’s head of global foreign exchange, Ahmet Arinc, is on leave, according to people with knowledge of the situation.

Furthermore, China is expected to start their Yuan-based gold price fix this week. As price discovery continues moving from the West to the East, one would expect the banks ability to manipulate prices to wane. 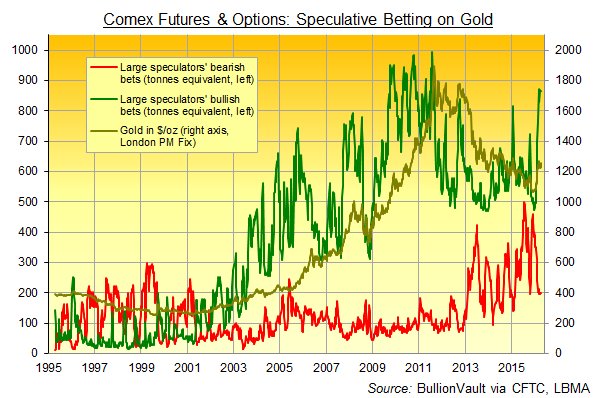 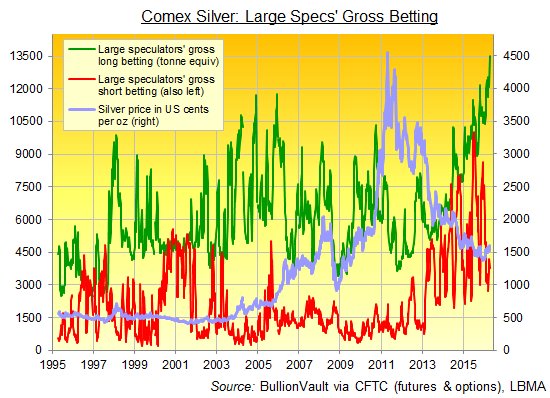 This is setting up the futures market for an explosive move when one side of the trade is forced to blink. Given the action in the gold and silver markets so far in 2016, I believe the direction of that move will likely be to the upside.

Adding to potentially bearish news for the dollar and bullish news for gold, Saudi Arabia has reportedly threatened to liquidate its treasury holdings if Congress probes its role in the September 11th attacks in New York City.

Saudi Arabia is the owner of the world’s third largest USD reserves, behind only China and Japan. Adding to the intrigue, the actual composition of Saudi Arabia’s USD holdings remains a secret. While the US discloses the explicit Treasury holdings of all other nations, Saudi Arabia’s holdings, for some unknown reason, are not officially disclosed.

This begs the question… Who will monetize the US deficit if relations between Washington and Riyadh hit the skids? China and Russia have already been reducing their U.S. treasury holdings in recent years. If the FED is faced to monetize the debt as buyer of last resort to keep the government from running out of money, the value of the dollar could finally plummet.

Saudi Arabia, owned by the Saud family, are telling the U.S. Government, they’ll wreck the U.S. economy if a bill in the U.S. Congress passes. This bill would remove the unique and exclusive immunity that the royal owners of that country enjoy in the United States against being prosecuted for their having financed the 9/11 attacks.

[U.S.] lawmakers that Saudi Arabia would be forced to sell up to $750 billion in [U.S.] treasury securities and other assets in the United States before they could be in danger of being frozen by American courts.”

We already know that 15 of the 19 hijackers were citizens of Saudi Arabia, which makes it all the more peculiar that the U.S. military responded by attacking Afghanistan and Iraq. Even immediately in the wake of the 9/11 attacks, there had been some mentions in the U.S. press of the U.S. Government making special allowances for Saud Prince Bandar al-Saud, a close friend of the Bush family, to fly out of the country to avoid being sought by prosecutors.

Former Sens. Bob Graham of Florida and Bob Kerrey of Nebraska have filed affidavits saying they believe the Saudi government may have played a role in the plot. The plot further thickens as last week 60 Minutes held a segment on the “28 pages” that were classified in the Congressional investigative report into 9/11 – pages that allegedly confirm the Saudi connection.

Clearly, the threat from the Sauds is real, and the royal response to this bill in the U.S. Congress reflects a very great fear the owners of Saudi Arabia have regarding the possible removal of their U.S. immunity after 15 years. The immediate effect of Saudi Arabia dumping U.S. treasury holdings would likely de-stabilize the financial markets, crash the U.S. dollar and push the gold price significantly higher.

The U.S. Embassy in Moscow issued formal concerns with the Russian government last week over an incident in which Russian fighter jets flew close to the USS Donald Cook in the Baltic. One of the Russian jets flew within 30 feet of the Cook’s ship superstructure, according to a U.S. official.

Following this event, a U.S. Air Force reconnaissance plane was barrel-rolled by a Russian jet over the Baltic Sea on Thursday. The incident occurred when a Russian jet “performed erratic and aggressive maneuvers” as it flew within 50 feet of the U.S. aircraft’s wing tip.

These close encounters are becoming all too frequent and could easily escalate tensions from a cold to hot war between the United States and Russia. The Russian aerial maneuvers could be in reaction to rising tensions on NATO’s eastern flank. In February, the Department of Defense announced it was spending $3.4 billion for the European Reassurance Initiative in an effort to “deter Russian aggression against NATO allies.” To Russia, it is an effort to militarily encircle their country and arm their adversaries.

Sprott Physical Silver Trust (NYSE:PSLV)(TSX:PHS.U), a trust created to invest and hold substantially all of its assets in physical silver bullion, announced that it has priced its follow-on offering of 12,300,000 units at a price of US$6.09 per unit. The gross proceeds from the offering totaled US$86,143,050 with the full the over-allotment option.

These funds will be used to purchase physical silver for the ETF, adding significant physical demand to the markets during April. Some analysts have speculated that the fresh demand will be a catalyst for a breakout in the silver price, but it will depend on how aggressive the naked paper shorts get in order to keep prices subdued.

Oil producers ended the Doha talks without an agreement to cap output. The main point of contention was Saudi Arabia requiring Iran to also freeze oil production. Delegates said Saudi Arabia had in effect torn up an earlier draft of the deal as it decided it could not be party to an agreement that would give Iran any leeway. Tehran had refused to join the freeze as it rebuilds its oil exports after years of sanctions.

WTI Crude is down 3.4% to $39 following the news and U.S. Futures markets are in the red. I suspect that banking stocks, particularly those with concentrated exposure to U.S. oil loans, may have a rough start to the week. Gold and silver are mostly flat in Asian trading this morning.

I expect a volatile week in the markets, as equities, gold, silver and energy digest all of the above news. The stock market looks overbought and I think we will see another major pullback in the weeks ahead. Such a move is likely to be supportive of the gold price as investors seek a safe-haven and chase one of the only asset classes to be generating double-digit returns in 2016.

Click here to view the GSB portfolio, get our stock picks, newsletter and trade alerts!