Bitcoin Moonshots to $1,150, Doubling in Past Six Months

Lastly, it is worth noting that Bitcoin is on the move higher once again. The price is up roughly 15% in October to $692. I believe it is likely to climb above $1,000 within the next 12 months.

Bitcoin outperformed even my wildly bullish expectations, shooting above $1,100 in less than 3 months since I wrote that note to our subscribers. It is up over 3X from the 2016 low and has much higher to run in my view. Bitcoin is advancing for a number of reasons, but the new war on cash and capital controls in China and elsewhere are pushing people to get their assets out of the control of the government and safe from seizure.

Unfortunately, many gold investors have shunned Bitcoin and failed to take a position. Their view is that if you can’t hold it in your hands, it is no better than fiat paper money. But Bitcoin is probably more like gold than like fiat money for one key reason… it is limited in quantity and can’t be created out of thin air by a few powerful bankers. 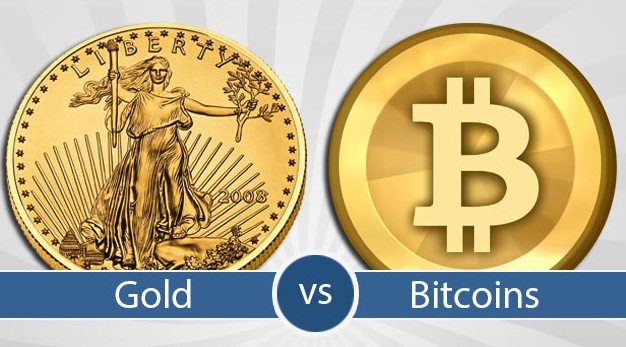 The supply of Bitcoin is limited by to just 21 million that will be created at a predictable rate. The number of bitcoins generated per block is set to decrease geometrically, with a 50% reduction every 210,000 blocks, or approximately four years. In fact, this decreasing-supply algorithm was chosen because it approximates the rate at which commodities like gold are mined. Users who use their computers to perform calculations to try and discover a block are thus called Miners.

In reality, there will always much less than 21 million Bitcoin available to be spent. Why? The total spendable supply is always lower than the theoretical total supply, and is subject to accidental loss, willful destruction, and technical peculiarities.

In a centralized economy, currency is issued by a central bank at a rate that is supposed to match the growth of the amount of goods that are exchanged so that these goods can be traded with stable prices. The monetary base is controlled by a central bank. In the United States, the Fed increases the monetary base by issuing currency, increasing the amount banks have on reserve, and more recently, printing money electronically in a process called Quantitative Easing.

In a fully decentralized monetary system, there is no central authority that regulates the monetary base. Instead, currency is created by the nodes of a peer-to-peer network. The Bitcoin generation algorithm defines, in advance, how currency will be created and at what rate. Any currency that is generated by a malicious user that does not follow the rules will be rejected by the network and thus is worthless.

Because the monetary base of bitcoins cannot be expanded, the currency would be subject to severe deflation if it becomes widely used. Keynesian economists argue that deflation is bad for an economy because it incentivises individuals and businesses to save money rather than invest in businesses and create jobs. The Austrian school of thought counters this criticism, claiming that as deflation occurs in all stages of production, entrepreneurs who invest benefit from it.

As a result, profit ratios tend to stay the same and only their magnitudes change. In other words, in a deflationary environment, goods and services decrease in price, but at the same time the cost for the production of these goods and services tend to decrease proportionally, effectively not affecting profits. Price deflation encourages an increase in hoarding — hence savings — which in turn tends to lower interest rates and increase the incentive for entrepreneurs to invest in projects of longer term.

So like gold, Bitcoin is limited in supply, takes real work/energy to produce and is not controlled by governments or central bankers. It is superior to gold in that it can be transferred around the globe in a matter of seconds at no cost. But it does carry security risks if you do not protect your keys properly, so make sure to do your research.

The price of Bitcoin is approaching parity with gold. It neared parity on the meteoric explosion higher in 2013, but stopped just short. I remain very bullish on gold, but I think we will see the price of Bitcoin surpass the price of gold and never look back. I would not be surprised to see the Bitcoin price at 2X gold by the end of 2017. That might look like $1,500 gold and $3,000 bitcoin. 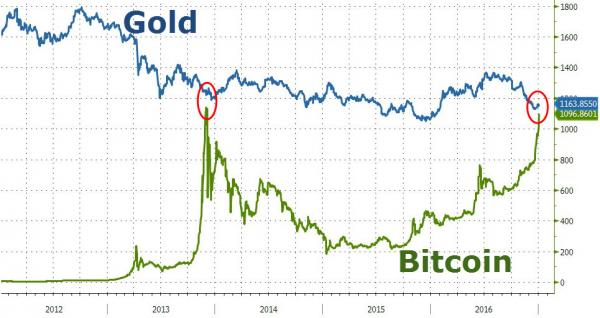 It can be extremely volatile in the short term. However, the price has been making higher highs and higher lows consistently since bottoming in early 2015. The Bitcoin price is now approaching the all-time high of $1,169. This could offer resistance to the current advance. But if the price can break through this level, we are most likely off to the races with a minimum target price of $1,500 during 2017.

To the downside, we have to watch for the potential of a bearish double-top pattern. It could not be surprising to see some profit taking after the price has doubled in just six months. I was an early investor in Bitcoin and simply add on any significant dips over time. This is the same time-tested strategy that we use to accumulate physical gold and silver.

I also want to stress that gold and bitcoin are complimentary assets. There is no need to argue over which is better as they serve different purposes, but both offer clear and significant advantages over central bank funny money.

Those that are not very savvy with technology but want to get exposure to Bitcoin can purchase the Bitcoin Investment Trust (GBTC), which trades on the OTC markets in the United States. That fund is up 21% since markets opened yesterday. Learn more about it here. I much prefer to “hold” bitcoin (private keys) in my possession, encrypted and backed up in multiple locations. There are multiple bitcoin hardware wallets that are worth considering for anyone that holds more than a few thousand worth of bitcoin. 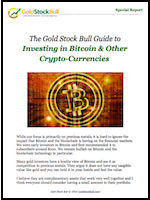 I created a “Guide to Investing in Bitcoin” for GSB Premium Members. It breaks down the various ways to buy and store digital currency, what to avoid and other alt currencies besides Bitcoin that have merit. I also provide a regular monthly update on Bitcoin and other cryptocurrencies in our top-rated contrarian newsletter.

Click here for access to our stock picks, model portfolio, monthly newsletter, Bitcoin Guide and other special reports. I think you will find it well worth the $1 per day cost.