The gold price sank to a new 2018 low around $1,165 per ounce this past week. This is the lowest level since January of 2017 and there has been only one other dip in late 2015 that was lower. Other than these points, you have to go back to 2010 to find the gold price at such low levels. Part of this drop can be explained by a strengthening U.S. dollar, as the USD index has rallied from 88.50 in February to 96.60 today. 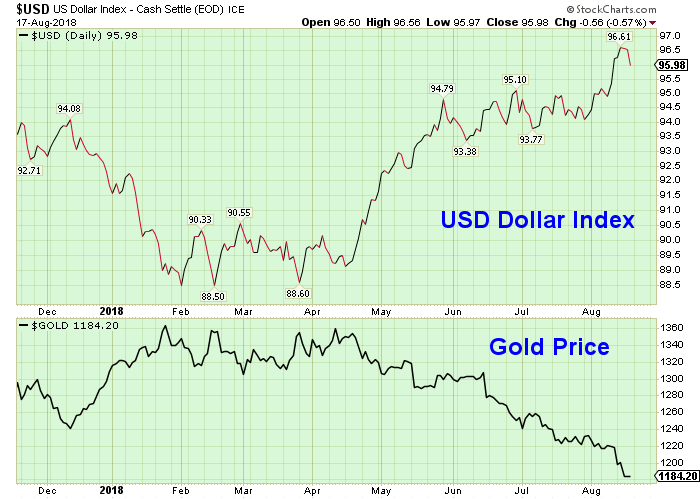 The other key driver of the gold price in the short term is futures trading. Current COMEX margin requirements permit leverage of nearly 40x in the gold market. With such extreme leverage, short-term price movements can generate millions in profits or wipe out a trader. This opens up gold price manipulation, which has been written about ad nauseam, so I won’t go over it again here. But there appears to be a clear trend of the price dropping below key futures/options price points just prior to expiration dates, allowing shorts to profit.

The U.S. Commodity Futures Trading Commission (CFTC) monitors the COMEX and other exchanges. They released data last week which showed that large speculators went net short gold for the first time since December of 2001. At that time gold was priced at $275 per ounce and a powerful bull market was born. In the chart below, notice the green line dipping just below the ‘0’ level. 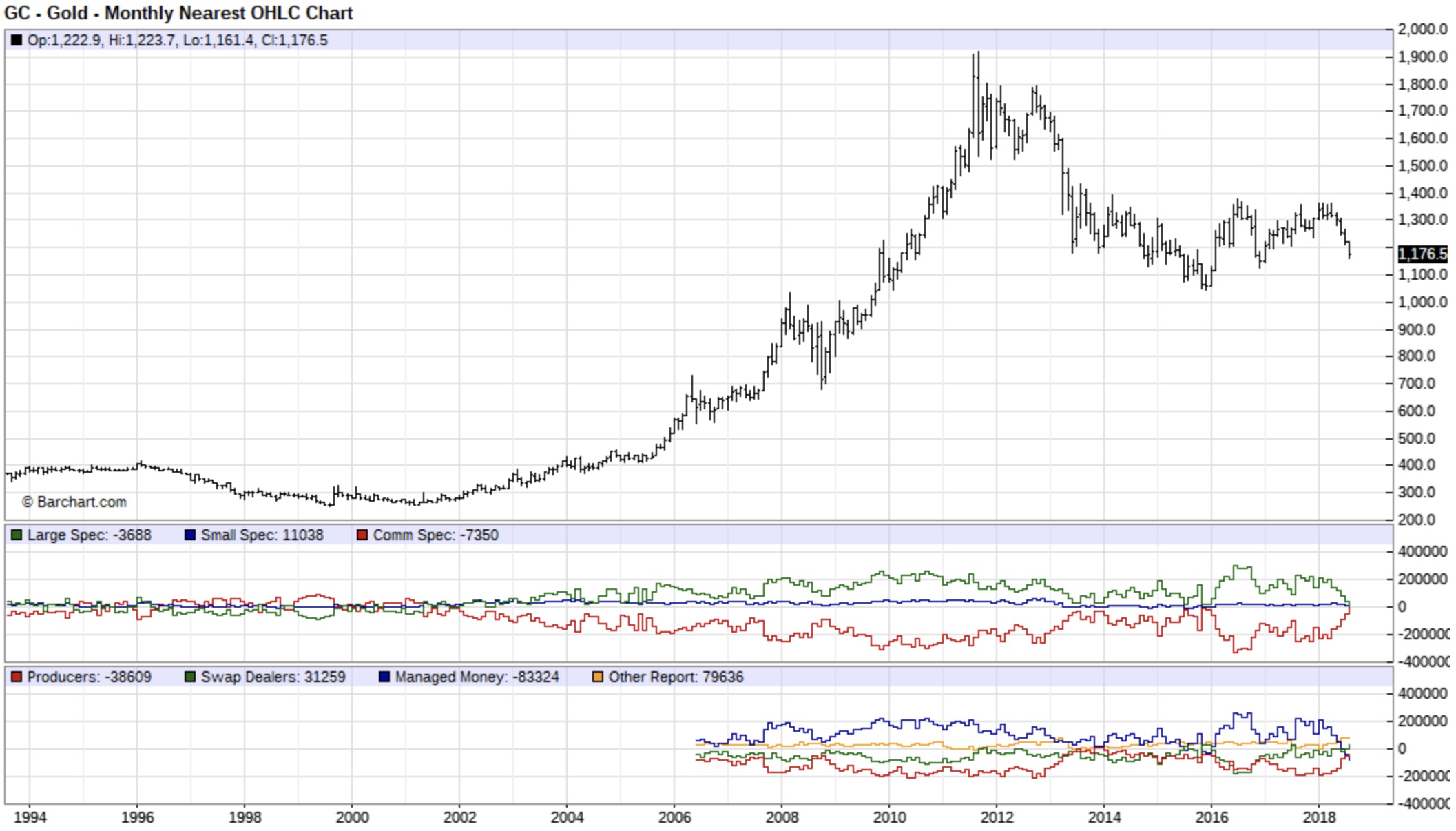 What is the significance of this event?

The large speculators are non-commercial hedge funds/managed money. They have a very poor track record in predicting the direction of gold and silver prices, so it is often profitable to trade in the opposite direction of the large specs. The fact that speculators have finally thrown in the towel and went net short for the first time since 2001 is a clear contrarian buy signal. It shows that sentiment towards precious metals is the lowest it has been since 2001 and capitulation is likely at hand.

At the same time that we are seeing large speculators go short, commercial hedgers (the smart money) have been covering their short positions (see red line in chart above). In fact, their positions have only been this small once or twice since 2001. The last time was in late 2015, just before a significant rally in the gold price. Before that, it was at the start of this bull market over 15 years ago. Industry insiders now want increased long exposure to the gold price, which explains the drastic reduction in the short positions. 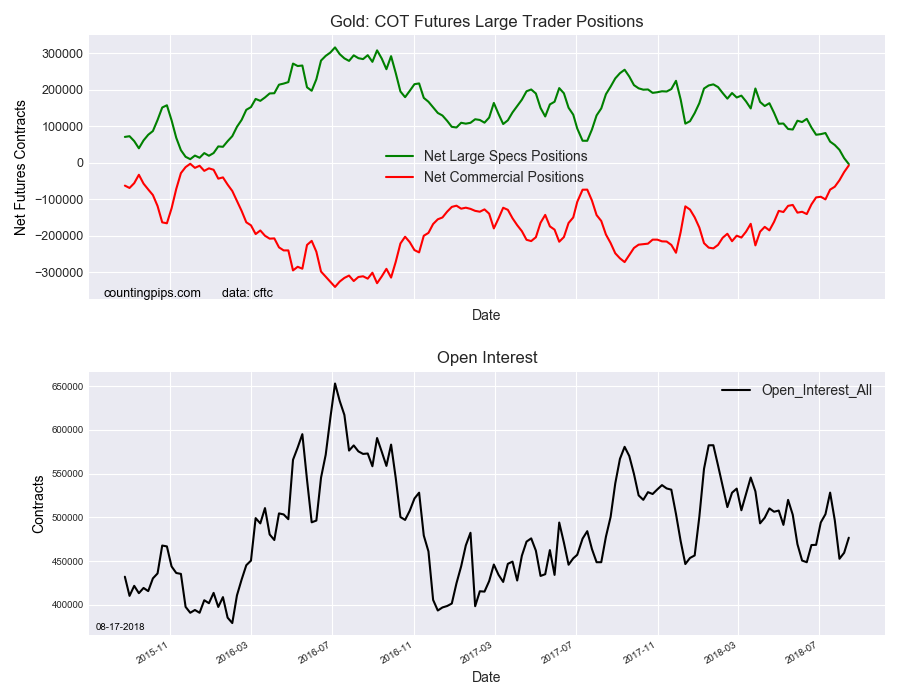 This suggests that we are at or near a bottom in the gold market and that a major rally in the gold price could start very soon. When you throw in the fact that gold is entering very strong seasonal months, the dollar is hitting resistance, the employment market has been weak and Core CPI jumped the most since 2008, the stage is set for the next major bull market run in precious metals.

Investor psychology is such that most people lose money via buying at tops and selling at bottoms. It is very difficult to keep emotions in check, particularly during market lows and highs. But it is precisely at these points when the most money is made. You have to be able to sell when everyone else is buying and euphoric about a market and be able to buy when everyone else is selling (panicking). This is summed up in Warren Buffet’s famous quote to “Be fearful when others are greedy. Be greedy when others are fearful.”

Sentiment in the gold market has turned exceedingly bearish/negative, with many investors throwing in the towel and declaring that gold is dead. There is blood in the streets and as a contrarian investor, I view this as an excellent opportunity to increase exposure and pick up quality mining stocks at deep discounts. If gold rallies back towards all-time highs as I expect to happen over the next few years, mining stocks should offer incredible leverage to this price move. A 50% move higher in the gold price could very easily equate to a 500% move higher in many of the junior and mid-tier firms that we track. You can view our portfolio, follow all of our trades and receive the monthly newsletter by clicking here.