I’m certain that death, taxes and High-Frequency-Trading are unavoidable. But have the Dow, S&P 500 and NASDAQ 100 peaked?

Look at the chart of the NASDAQ 100 since 1992. In 2000 and 2018 the index rose too fast and went too far. By most fundamental and technical measures the NASDAQ was over-bought and ready to fall. Most retail investors “drank the CNBC Kool-Aid” and believed stocks would rise further.

Belief in the rising tech stocks in early 2000 persisted with almost a religious fervor. The result was a crash in the indices, many stocks disappeared, and the NASDAQ 100 fell 84% from high to low.

It can happen again! In 2000 the problem was over-valued tech stocks. In 2008 it was real estate and derivatives – Collateralized Debt Obligations – that started the crash.

Today we have over-valued tech stocks (see below), an interest rate disaster (see below), and excessive debt that will lead to devaluation and defaults.

Tech Stocks are too high. Examine the NASDAQ 100 Index. 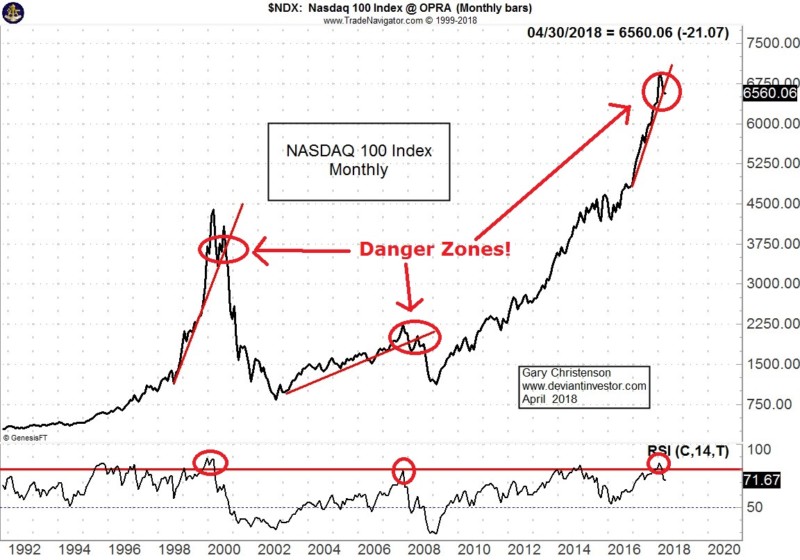 A favorite stock is Amazon. Look at this “high-flyer” and think “too far and too fast.” Yahoo reports Amazon’s P/E is near 220 – much too high. 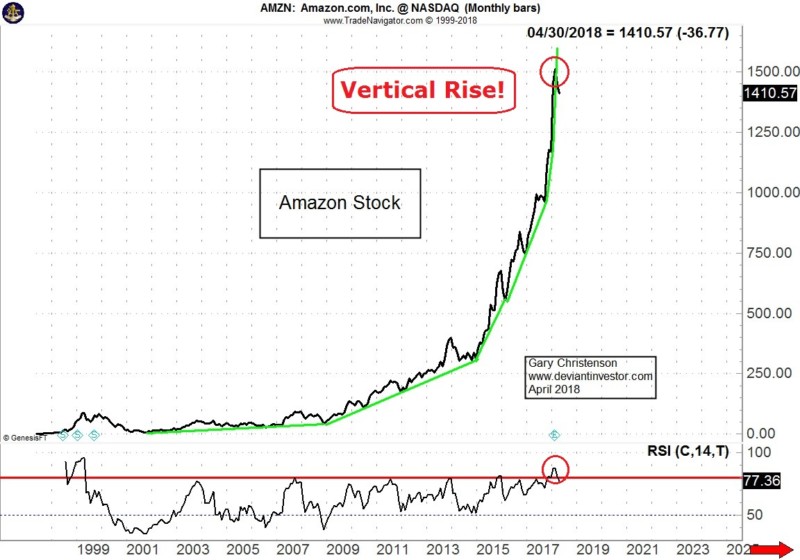 Examine the chart of the 10 Year T-Note Interest Rate. 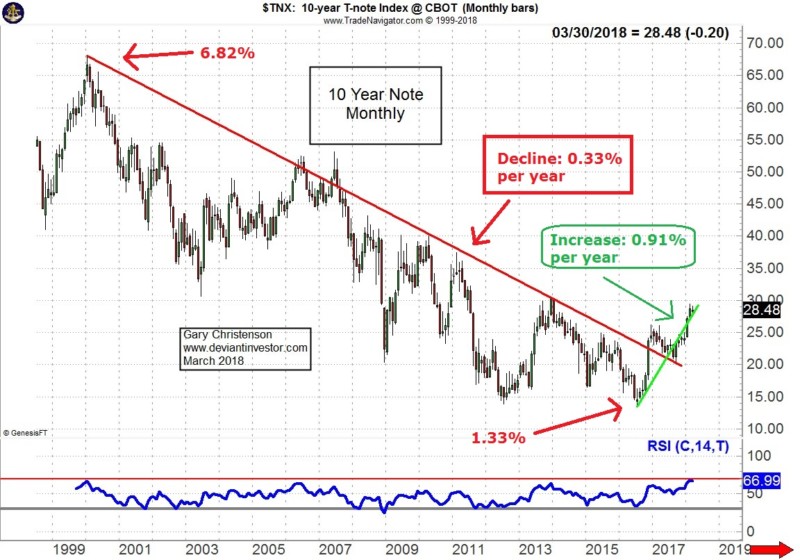 Examine this chart from John Mauldin which shows every time in the past three decades the 10 Year Rate reached a peak near the trend line a crisis occurred. 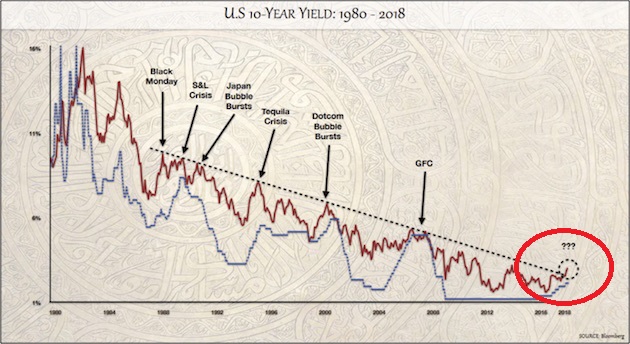 The Fed bailed out commercial banks in 2008, added nearly $4 trillion to their balance sheet and kept interest rates low. Rates went negative in Europe – many $trillions in sovereign debt required the lender absorb losses in exchange for the privilege of lending digital currency units to essentially insolvent national governments. It seems like insanity unless buyers were “front-running!”

The insanity blanketed the United States and Europe. By contrast, Russia and China imported thousands of tons of gold bullion from the western world while western governments and central banks suppressed gold prices and promoted debt-based digital paper. 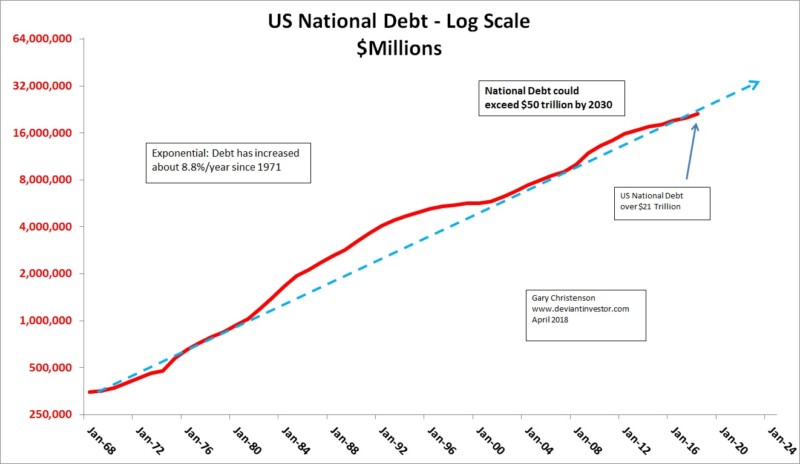 National debt increased an average of 8.8% per year compounded since both 1913 and 1971. Retiring baby boomers, out-of-control Medicare costs, massive military spending, tax cuts and the warfare and welfare lobbies will make certain that debt accelerates higher. At 8.8% increase per year official national debt will exceed $50 trillion in 2030.

As debt increases, the currency in circulation rises. Each newly created currency unit devalues existing currency units. The St. Louis Fed reported $16.7 trillion in debt securities in 2001 and $44 trillion in 2018. Commercial banks and the Fed created the extra $27 trillion which devalued existing dollars. They levitated stock and bond markets to heights where they can crash and cause untold economic difficulties.

All markets reach an unsustainable peak and roll-over. Examine the S&P 500 Index and the DOW. The Bitcoin crash from over $19,000 to under $7,000 is another example. 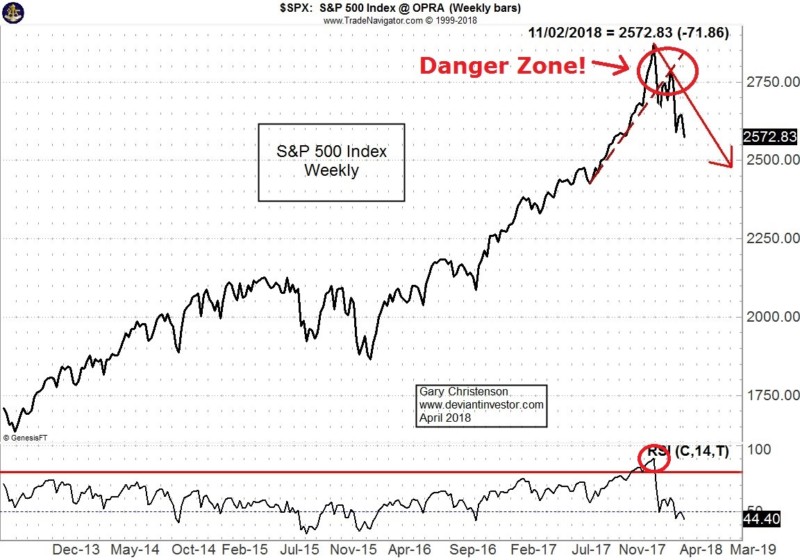 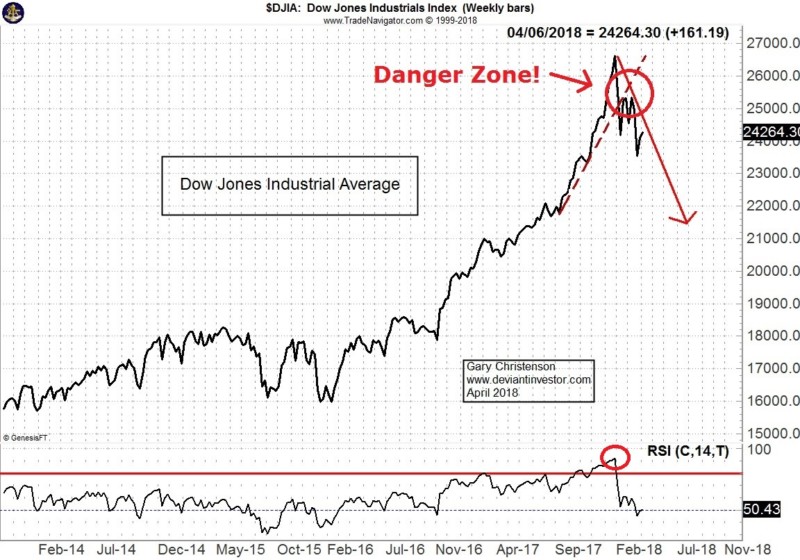 WHAT ABOUT GOLD AND SILVER?

Gold and silver reached a peak in 2011 and fell hard. They had moved too far and too fast, and since prices are set on the paper (COMEX) markets, the High-Frequency-Traders easily nudged prices downward. Prices bottomed in December 2015. High to low drops of 45% in gold and 71% in silver occurred.

Interest in gold and silver is low. Mounting fears and continued stock and bond weakness and will create much higher prices for silver, gold and their mining stocks.