Bitcoin seasonality can help investors determine the best times to buy or sell throughout the year. After prices dropped sharply during Q1 of 2018, we can expect a stronger Q2 ahead. While April is typically a weak month for Bitcoin, May and June are two of the strongest months of the year. With average gains of 21% and 26%, these are the 3rd and 4th strongest months of the year, behind November and December. Of course the November and December strength is probably overstated, given the explosive price move in 2017 that was an outlier. Regardless, April is usually a good month to start accumulating or adding to your positions in bitcoin and other quality cryptocurrencies, ahead of the powerful move higher that is usually seen in May and June. 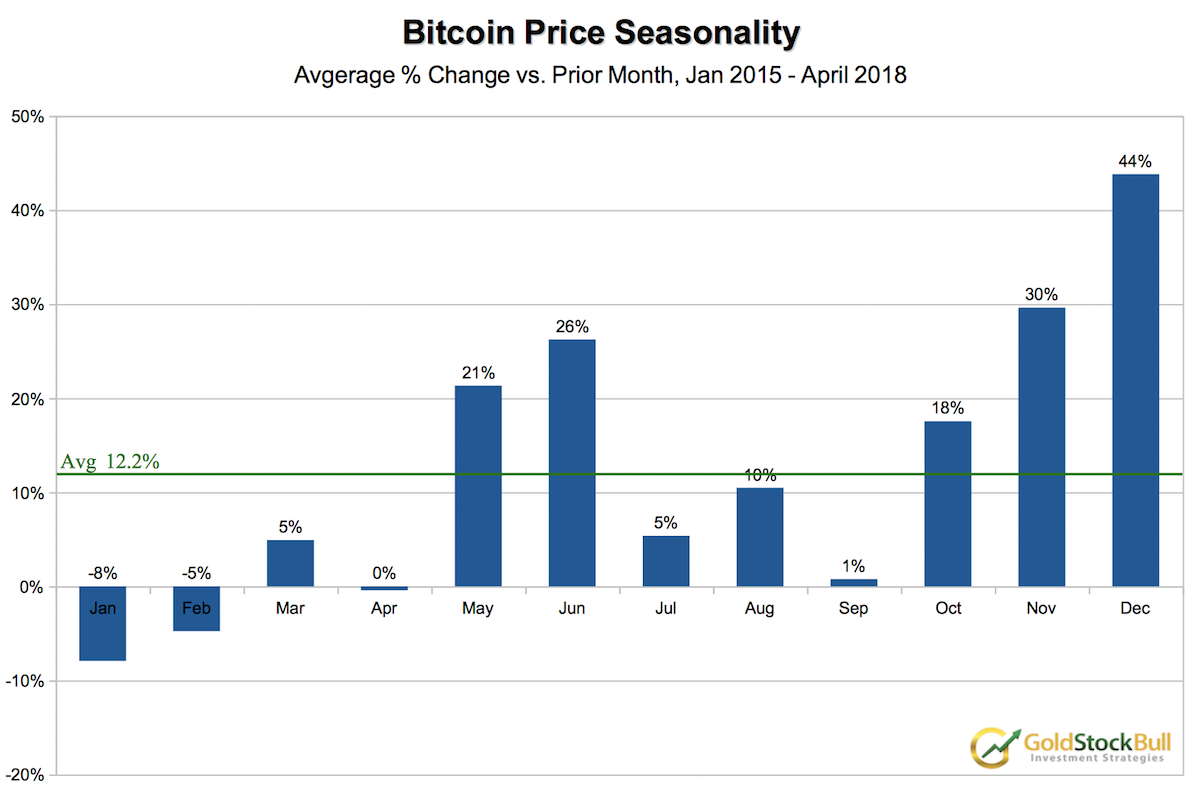 After the strong months of May and June, the price usually continues higher at a more gradual pace during July, August and September. The strongest seasonal period of the year for Bitcoin is Winter, with the average gains for October at 18%, November at 30% and December at 44%. I expect we could see a more muted advance this year, after the exponential move higher during last Winter.

The weakest period of the year is during the first two months, January and February, when Bitcoin actually averages a loss. This is unusual, given that the average monthly gain over the past four years has been 12.2%. A key reason for the declines at the start of the year are that investors were waiting for the next tax year to book profits, so that they would not owe the government taxes on those gains for another year.

After correcting sharply for a few months, the bitcoin price started to trade sideways in April, consolidate and start to form a bottoming pattern. This morning, it experienced the most powerful price spike we have seen in months, rocketing $1,000 higher from $6,800 to $7,800 in an hour. The price advance is nice, but the really compelling part about this move is that the price broke through the key resistance line on the chart. 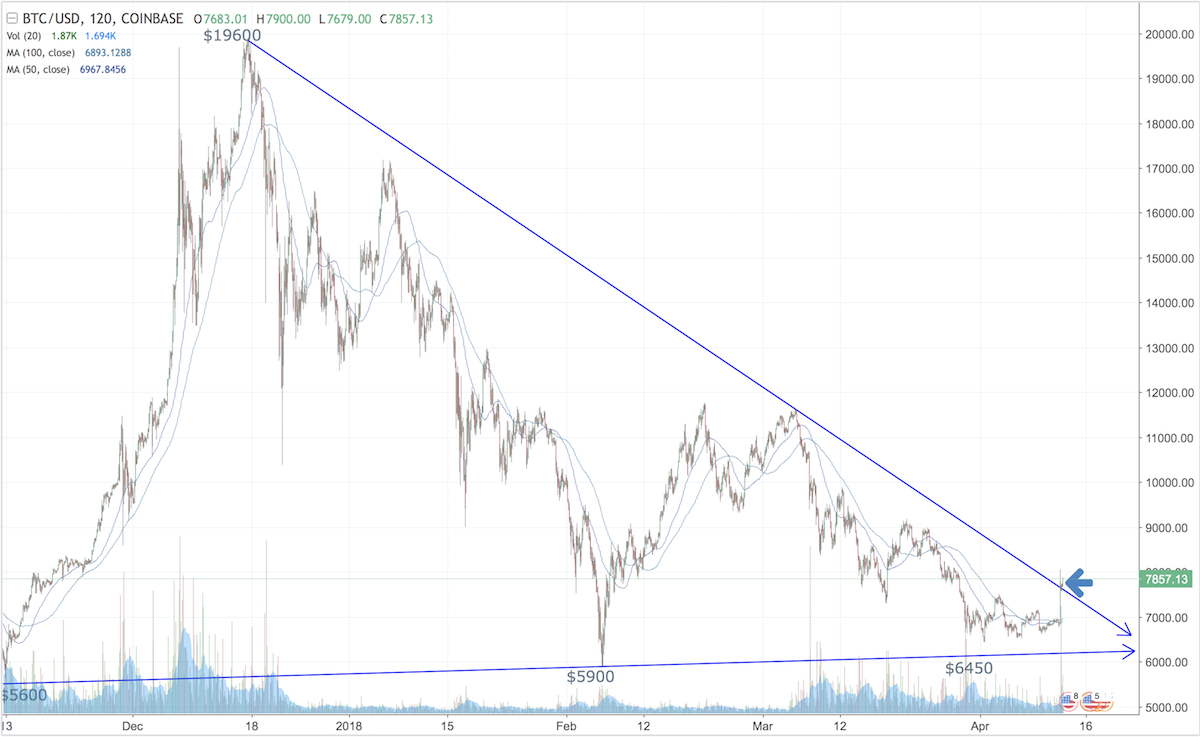 We need to see it hold above this line for a few sessions to confirm the breakout. Ideally this resistance line would then turn into support and act a springboard for the next move back above $10,000. It is hard to predict where the price will go next, but we still believe bitcoin will make a new all-time high and potentially push towards $40,000 by year end. If you have been around for past price rallies, you know just how powerful they can be.

Reports have emerged that the global elite have finally seen the writing on the wall and are starting to invest their massive amount of fiat paper in cryptocurrencies. George Soros, the Rockefellers (via Venrock, the official venture-capital arm of the family) and the Rothschilds have all stepped towards cryptocurrency trading recently. They are a little late to the party and despite my disdain for the nefarious means of their wealth accumulation, this news will be bullish for prices.

Bitcoin and the cryptocurrency sector are awakening from hibernation and appear ready to greet the Spring with another bull market cycle. It is still too early to confirm the breakout, but this certainly seems like a good point to start buying in tranches and dollar cost averaging if you are long-term bull. I remain convinced that prices are headed much higher over the next few years and that the technology is still in its infancy. Bitcoin and cryptocurrencies are here to stay in my view, not only for the technological advancements possible with blockchains, but also because cryptocurrencies are a better form of money than the fractional reserve fiat paper that currently floods the world.

To get our top cryptocurrency picks, research into initial coin offerings/token sales and our top stocks picks across various sectors, click here to subscribe.

We have been covering Bitcoin since the price was around $100 and have created a Guide to Investing in Cryptocurrencies for new investors. This guide is included in your subscription and we are currently offering a NEW SUBSRIBER SPECIAL at 50% OFF regular prices. Use the coupon code TRIAL50 when you sign up.