The United States and China are entrenched in an escalating trade war with tit-for-tat tariffs reaching towards $300 billion annually ($150b on each side). Some believe there is no doubt that the United States would win a trade war. Perhaps this is true, but we have to ask as what expense?

This is because China has a nuclear option that the financial media isn’t discussing much.
China’s largest import from the United States is not soybeans or civilian aircraft. It is government debt. China holds around $1.2 trillion in U.S. Treasuries, making it the largest of America’s foreign creditors. After a sharp increase in the decade leading up to 2011, China has stopped buying more Treasuries and has slowly started to offload some of their holdings, down 11% from the peak.

In total, foreign governments own $4 trillion, or more than 25% of the $14.7 trillion in Treasury securities outstanding. Only the FED holds more U.S. debt after it more than quadrupled the size of its balance sheet to $4.5 trillion by purchasing Treasuries and mortgage-backed securities under Ben Bernanke to avert financial collapse. But the FED is looking to unwind these positions and reduce their balance sheet under a plan to end quantitative easing.

What would happen if both the FED and China decided to dump their U.S. debt holdings around the same time?

It would immediately impact money markets, make it more difficult for the U.S. to raise funds to cover the widening deficits, increase the cost of borrowing and threaten the rebounding U.S. stock market. It would also pose a risk to world financial markets, where Treasuries are a global benchmark asset. Lastly, the dumping of U.S. debt would be very bearish for the U.S. dollar, which would in turn cause a spike in prices for safe-haven assets such as gold.

Many view the odds of China implementing this ‘nuclear option’ as low because it would eliminate China’s leverage after they sell. But as the trade war escalates, this may eventually be their only option. China could sell Treasuries and buy lower yielding European or Japanese debt. They may also want to use the funds to increase their gold reserves, as they have been doing rapidly over the past decade. They would probably want to do it gradually and not dump U.S. debt all at once, in order to get the best price. But a more aggressive selling posture, in addition to selling by the FED and Russia, could certainly rattle faith in the U.S. dollar and hasten its decline as world reserve currency.

Tensions with Russia at Boiling Point

Russia sold $5.3 billion of U.S. Treasuries in January and has sunk to 16th place of the largest holders of American debt. While they are a smaller holder of U.S. debt, coordinated selling between Russia and China magnifies the impact in world markets.

But there is a bigger threat from Russia than the dumping of U.S. debt. Just last month, Russian President Vladimir Putin revealed that Russia’s military had developed an ‘unstoppable’ supersonic nuclear missile that cannot be traced or shot down by Western defense systems. It is supposed to have the capability to reach any point in the world. They have also developed high-speed underwater drone systems capable of carrying nuclear weapons.

“I’m pleased to inform you that after certain experiments, we are sure that soon Russia’s strategic missile forces will have a new system capable of destroying intercontinental targets with hypersonic speed and high-precision, able to maneuver both in terms of its course and altitude. There are no systems like that in the world.”

He said Russia had been open about the development of such a system but that “nobody listened to us, but listen to us now.”

Russia has complained repeatedly about the U.S. placing anti-ballistic missile systems on its doorstep, as a result of what it called “eastward NATO expansion”, in the form of the global missile defense system in Romania and Poland. Putin said that if Russia had done nothing in response, its nuclear potential could have been undermined. Instead, Russia had responded by creating weapons that could bypass the U.S.’ global missile defense system. 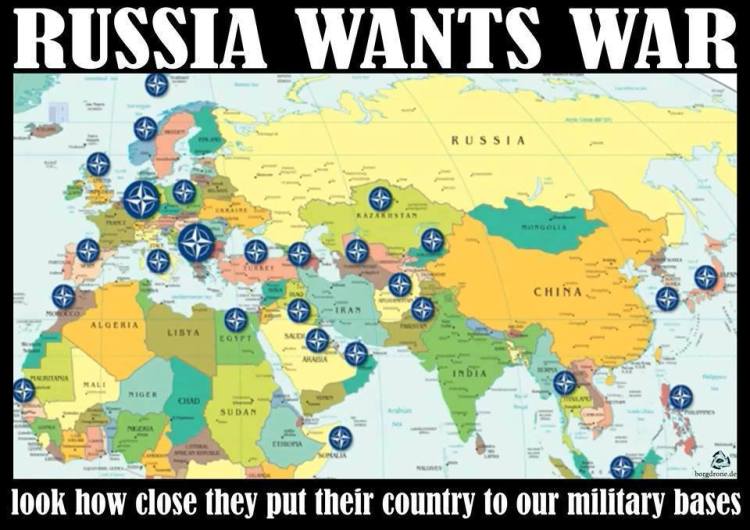 This may all seem like grandstanding and chest thumping by military powers hoping to avert war through their show of force. However, the threat of confrontation between Russia and Western powers has grown all the more acute with Russia intervening in Syria. Whether intentional or accidental, having aircraft and missile flying over the same territory where the Russian military is based and active is a powder keg.

Summary and Actions to Take

The implementation of tariffs and escalating trade wars is bearish for the global economy. If China and Russia decide to dump their Treasury holdings in response to the tariffs, sanctions and forcing out of foreign diplomats, it could throw world economies into a tailspin and send the dollar spiraling lower.

Domestic political scandals could also cause a major correction in U.S. markets, with continual talk of impeachment and today’s news that the office of Trump’s personal lawyer was raided by the FBI.

In this environment, we are looking to have tight stop orders on long positions, hedge our portfolio via targeted short positions and increase exposure to safe-haven assets such as gold and (to a lesser extent) bitcoin. Central bank fiat funny money has been on the way out for years and equity markets have become extremely overbought and overvalued. The coming economic crisis and/or currency crisis, could be the final straw that breaks the camel’s back, bursting the ‘everything bubble,’ that includes stocks, bonds, real estate and fiat currency.

To see how we are positioning our portfolio ahead of this potential turmoil and follow our trades into the future, sign up here. We cover precious metals, mining stocks, cryptocurrencies, cannabis stocks and more. This is a tremendous value all wrapped up into one newsletter at less than $2 per day!