The past week has been eventful for the crypto investment community, to say the least.

On Friday, the Securities and Exchange Commission (SEC) finally declared that Initial Coin Offerings (ICOs) cannot be considered securities. This sets an important precedent in the regulatory realm.

The SEC ruling is also incredibly bullish for the price of BTC and the crypto market as a whole. New all-time highs are on the horizon within the next six to twelve months.

A few altcoins like EOS and ETC have also seen big price action. And of the many noteworthy ICOs in recent months, SUNEX is one of the most important, in my opinion.

SEC Director Declares BTC and ETH Not to Be Securities

On Friday, June 14th, yet another positive development for crypto occurred. The SEC finally came to a conclusion regarding the state of Initial Coin Offerings. Tokens issued during ICOs will not be classified as securities, meaning they are not subject to securities regulations.

For some time, regulators had been dragging their feet on this issue. A lack of regulatory clarity was creating more confusion than the technology itself.

Finally, a declaration has been made. And the outcome couldn’t have possibly been any better for the crypto community.

In a sense, this announcement doesn’t change anything – it only means that innovative companies can keep doing their thing without fear of legal repercussions that might stifle their progress or shut down their operations altogether. ICOs will no longer be scrutinized as being in uncharted waters and therefore potentially harboring criminal activity.

The Wall Street Journal reported in May of 2018 that the initial distribution of Ether tokens was in a legal “gray zone” and that the whole thing might have technically been fraudulent.

The WSJ claimed that the mere consideration of this possibility posed a “significant threat to virtual currencies.” The implication seemed to be that just because someone was looking into whether or not the tokens issued during an ICO could be considered securities that some kind of massive crackdown on all of crypto was imminent.

Of course, nothing of the sort ever materialized. In fact, the exact opposite happened.

This announcement by the SEC is one of the most bullish developments for crypto in recent history. It sets the precedent for a broader “hands-off” approach by regulators, which is exactly what entrepreneurs need to function without fear of some acronym agency like the SEC turning their business into an illegitimate criminal scheme.

One of the biggest roadblocks in terms of greater adoption for cryptocurrency and wider development of blockchain-based business ideas has been this giant question mark hanging over the head of anyone attempting to do anything that involves a digital asset.

While that question mark hasn’t been totally erased in all circumstances, the outlook now appears much brighter and more certain than it did just one week ago. This will spur into action many hesitant spectators who have been sitting on the sidelines. This could be the catalyst for the next tidal wave of capital inflow into the crypto markets.

Keep an eye on coinmarketcap.com, as that “total market cap” number is set to increase dramatically in the weeks and months to come.

On June 18th alone, over thirteen billion USD-worth of fiat has poured into the crypto market. And this is just the beginning.

Last month, I predicted that BTC/USD would retrace recent lows before eventually reaching new all-time highs. “Recent lows” at that time was defined as roughly $6,000 to $6,300.

BTC/USD dipped just below $6,120 on June 13th, two days before the SEC ruling, after which the first and largest cryptocurrency by market cap bounced back above $6,700 today. The only question that remains at this point is how long it will stay within a relatively narrow range before exploding higher. 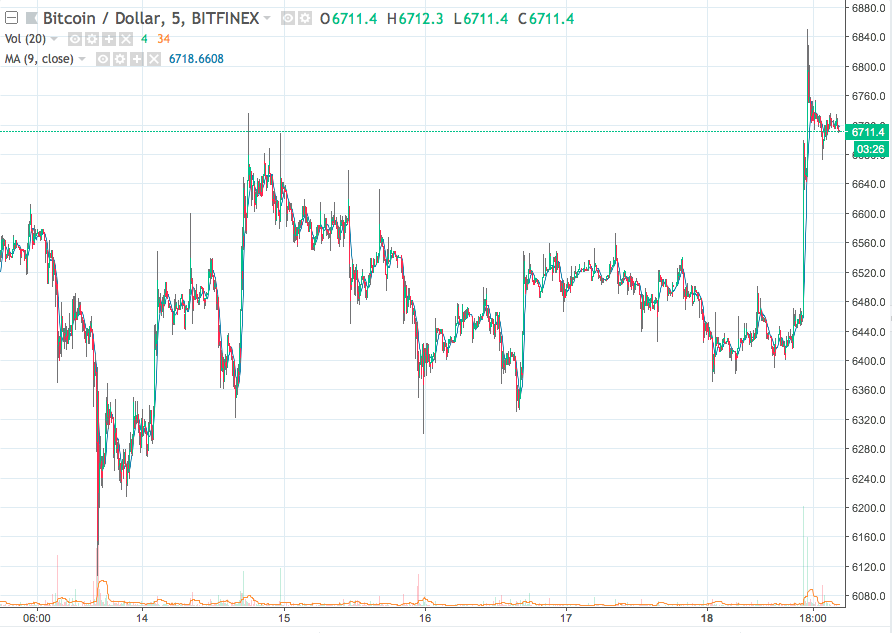 If history is any guide, the period of relative stagnation will likely last months if not years.

Of course, with such greater adoption in 2018 than in years past, the calm before the storm period will likely be much shorter.

Let’s do some simple math extrapolating the trends of the past few years.

It’s interesting to note that this aligns with John McAfee’s infamous prediction of a million-dollar bitcoin by the end of 2020. Originally, he had predicted a half-million USD price per coin by the same time. But in light of what happened in the second half of 2017, he revised his prediction upward.

Considering the exponential nature of crypto adoption and fiat absorption, all of these predictions can be seen as rather conservative.

The outlook is certainly bullish in more ways than one, despite many mainstream publications stating otherwise. Just look at some of the ridiculous recent headlines from Bloomberg.com/crypto.

Never do they mention that crypto investment and adoption has never been stronger. They also leave out crypto price analysis of key coins.

Ethereum Classic (ETC) has been surging lately ever since Coinbase announced it would add support for the coin last week. Ethereum Classic resulted from a hard fork of the Ethereum network that happened in July 2016. 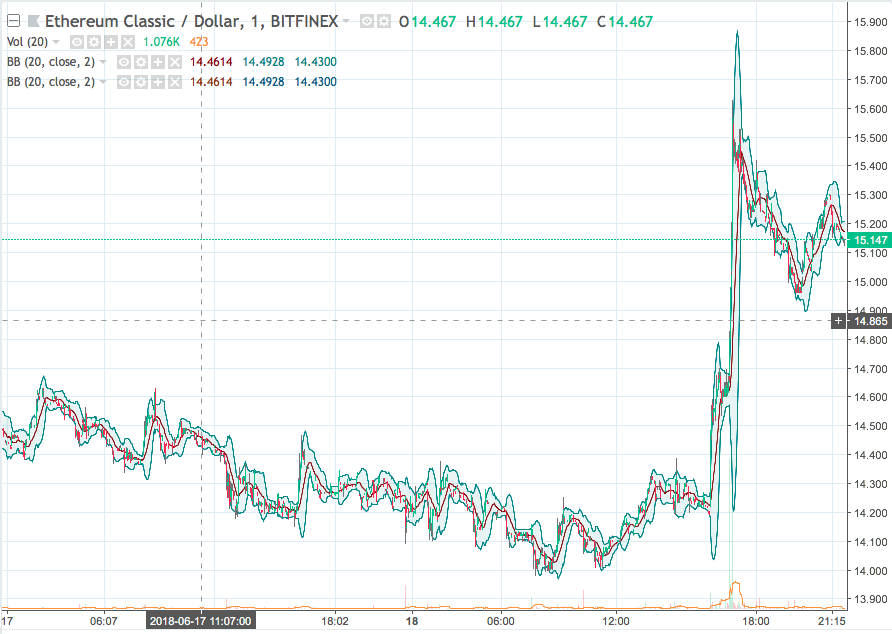 EOS crypto has had a wild ride the past few months. The EOS ICO ended on June 1st, 2018. But the launch of the EOS network has not exactly gone as planned, leading to wild price fluctuations in the network’s native token. 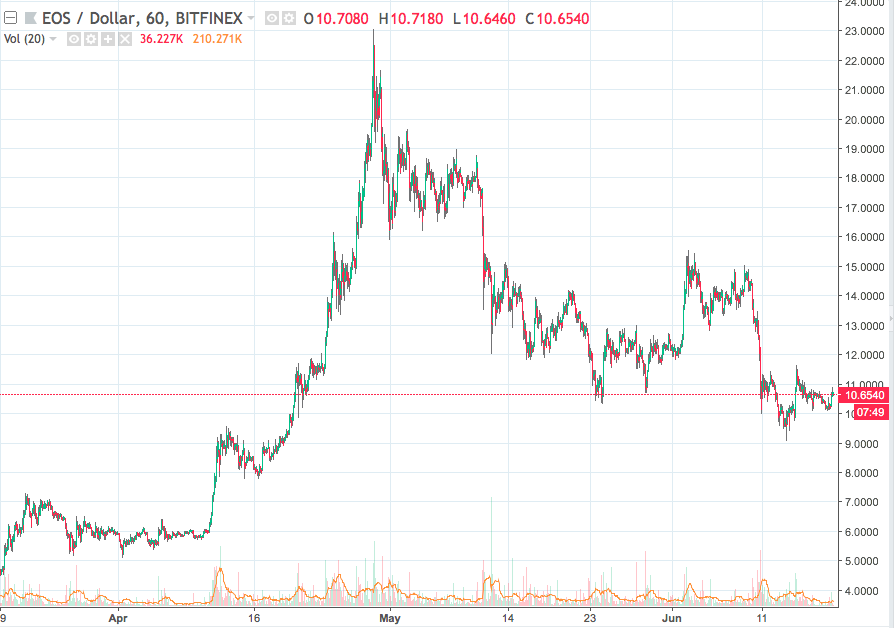 The EOS crypto token (5th largest cryptocurrency by market cap) has seen its price fall 50% from its all-time high of $20 in May. The $20 top was reached leading up to the much-anticipated launch of the EOS network. The price of EOS has recently recovered over 11% from monthly lows beneath $9 and currently sits at $10.71.

In addition to bullish crypto investment indicators, ICOs have become fundamental to the crypto investment landscape. While most never amount to much, others can be world-changing if they deliver on their promises.

One note-worthy ICO is that of SUNEX. SUNEX aims to tokenize solar energy using solar cells in Africa. This project promises to bring the benefits of solar energy to billions of people across the globe.

Africa has huge amounts of untapped solar energy. SUNEX will attempt to capture this untapped natural resource for the betterment of the economy and ecology of Africa and the world. How do they intend to do so? The following excerpt from a blog post published by the company describes the concept quite well:

“Purchasing Solar Cells in projects hosted on the Sun Exchange platform allows you to earn lease income from the cells you own. Purchasing SUNEX tokens in our token sale will grant you bonus lease income, purchase discounts and priority access to new projects launched on the platform.”

It’s noteworthy that Max Keiser and Stacy Herbert, hosts of RT’s The Keiser Report and two of the most prominent voices in the cryptoverse, have recently become advisors for SUNEX. Their support alone speaks volumes about the potential of this project.

In short, this has been a dramatic week for crypto investment. Things just keep getting better and better with no sign of slowing down. Look for new capital inflows in the near future, particularly in coins like EOS, ETC, and all of the top 10 coins by market cap.

The SEC declaring that ICOs are not securities signals one of the most bullish fundamental indicators in recent history. On top of that, technical indicators seem favorable as well, but short-term timing can seldom be predicted with much accuracy. Over the next several years, however, expect BTC/USD to climb into the six-figure territory and beyond.

View our cryptocurrency portfolio and top picks by subscribing here. It is only $95 for a 3-month trial with the coupon code GSB18!