The final week of April was outstanding for the cryptocurrency market, with Bitcoin increasing in value after a sharp decline over the past few months. There have been a number of positive developments – from Nasdaq CEO endorsing cryptocurrencies to the exponential increase in the sales of Ripple XRP currency. Here is a recap of all the noteworthy developments in the cryptocurrency industry from last week.

After what seemed to be a freefall, Bitcoin has bounced back and is inching closer to $10,000 now. Its surge has had an impact on other currencies as well, as Litecoin, Ripple, and Ethereum have all increased in value.

Bitcoin’s resurgence comes after a price crash that started earlier this year, during the course of which the currency’s value declined by over 50%, which led some analysts to believe that the Bitcoin bubble had finally burst. So, what has changed now?

Fran Strajnar, who heads Brave New Coin, a data and research company specializing in blockchain and cryptocurrency, believes that Bitcoin is surging due to two reasons. First, the currency’s fundamentals have improved thanks to major technological upgrades like the Lightning Network. Secondly, increased regulatory scrutiny is attracting institutional money into the crypto market, which was previously seen as ‘unregulated’ and ‘unsafe’ by investors from the traditional financial industry.

Already, Goldman Sachs has showcased its interest in the crypto market by hiring a former cryptocurrency trader, Justin Schmidt, to head its digital assets division. Barclays is said to be thinking of launching a cryptocurrency trading desk.

Reality Shares, a blockchain based ETF firm, is expected to launch its own cryptocurrency exchange soon. The trend is likely to continue as more and more people are starting to realize that despite the short-term price fluctuations, cryptocurrencies are here to stay. 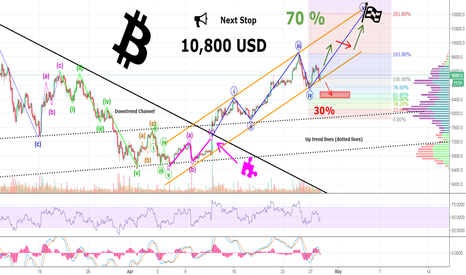 In what could be certainly considered a high-profile endorsement, Adena Friedman, CEO of NASDAQ, stated in a CNBC interview that cryptocurrencies are here to stay and NASDAQ would be open to providing a regulatory framework for crypto market in the near future.

The endorsement could not have come at a better time, as institutional investors are showing interest in the crypto market now, with many big names like Barclay, Goldman Sachs, and Venrock entering the crypto space.

Friedman’s comments should not come as a surprise to those who are aware of NASDAQ’s association with the crypto industry. Recently, Gemini – the cryptocurrency exchange founded by the Winklevoss twins – launched the SMARTS market surveillance technology in collaboration with NASDAQ.

ZiadAbdelnour, who heads Blackhawk Partners, a New York based investment firm, said that the cryptocurrency industry is still very much in its infancy and it is not too late for people to enter what could be the most profitable market of all time. Abdelnour added that investors have a large number of choices in terms of cryptocurrencies and that it is only matter of choosing the right currency with long-term potential.

While a multi-trillion dollar cryptocurrency market might seem like a far-fetched idea now, it is certainly a possibility in the future, according to the CEO of Pantera Capital.

In a panel interview to Bloomberg TV, Dan Morehead of Pantera Capital Management said that cryptocurrency market cap could touch $40 trillion over the next decade or so. He also added that Bitcoin is a ‘screaming buy’ and that the currency could reach new highs over the next 12 months.

Currently, 10% of Pantera Capital’s investments are in Bitcoin. The firm, however, is more focused on Icon, a blockchain ecosystem which allows different blockchains and financial networks to connect with each other without the need for an intermediary. 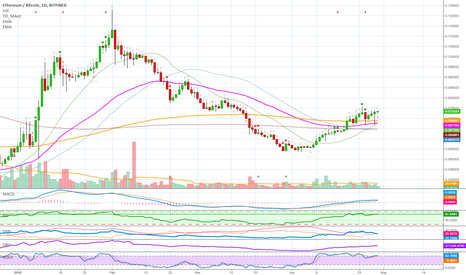 Mt. Gox is back in the news, and not in a good way. The defunct exchange recently moved 16,000 BTC – worth over $140 million – to an unknown address, which many people believe might have a negative impact on the cryptocurrency market.

The concerns are not entirely unfounded, as this is not the first time Mt. Gox has made a multimillion dollar transaction in Bitcoins. Between December 18th, 2017 and February 5th, 2018, Nobuaki Kobayashi, the bankruptcy trustee of the exchange, sold Bitcoins worth over $400 million, which coincided with a 50% decline in the currency’s market value.

Kobayashi, however, has asserted that there is no correlation between Mt. Gox’s sale of BTC and the price fluctuations in the market. Investors, however, are watching the market closely to see how it reacts to the latest move by the exchange.

The global trading volume of XRP witnessed a 68% increase and reached $160 billion in the first quarter. The overall market share of XRP in the cryptocurrency market has also increased from 5.3% in the previous quarter to 6.9% in the first quarter of 2018.

Goldman Sachs has hired Justin Schmidt, a former cryptocurrency trader, to head its digital market assets division in New York. Schmidt’s appointment is reportedly aimed at helping the bank’s clients gain some exposure to the cryptocurrency market. The move has led to speculations that the bank might be launching a cryptocurrency trading desk soon.

Major Investor Says Bitcoin is Better than Gold, Could Reach $700,000

In yet another optimistic prediction about the future of cryptocurrencies, John Pfeffer, a partner at Pfeffer Capital, said that Bitcoin is better than gold and could reach $700,000 in the coming years.

Pfeffer said that Bitcoin is a much better store of value than gold and it could even become a reserve currency in the future. He added that if 25% of global foreign reserves were held in Bitcoin, the total value of the Bitcoin network would be around $6.4 trillion.

Many countries, particularly those with unstable economies, already see Bitcoin as an alternative to fiat money. Prolonged periods of military conflicts and recession, along with a general distrust in the government, have made many countries interested in cryptocurrencies, rather than regular currencies.

One in Five Finance Firms Likely to Enter Cryptocurrency Trading

A recent poll by Thomson Reuters, in which 400 clients of Reuters were surveyed, says that one in five finance firms are interested in entering cryptocurrency trading. If it happens, cryptocurrency, which has been a niche market so far, could go mainstream in the near future.

Bill Barhydt, CEO of Abra, a cryptocurrency firm backed by American Express, says that a lot of interested parties like high net worth individuals, hedge funds, and commodity speculators think that the cryptocurrency market is a lucrative investment opportunity. A large influx of institutional funds, as well as money from other sources, could help the market recover from its recent decline and grow bigger than ever before.

The Philippines government recently approved ten cryptocurrency and blockchain based companies to operate out of the Cagayan Economic Zone Authority (CEZA) – a special economic zone located close to Hong Kong, Taiwan, and China.

The government plans to offer tax benefits for the companies, which are expected to create jobs for the local population. Cryptocurrency enthusiasts see this as a positive development, as the industry’s global footprint keeps expanding steadily.

Get our top cryptocurrency picks, detailed research and our ICO tracker by signing up here.