If You Didn’t Buy Gold and Silver During the Dip, Buy the Companies That Did!

If You Didn’t Buy When Gold and Silver Bottomed, Buy the Companies That Did…

Gold bottomed at $1,045 and silver at $13.62 during December of 2015. Although there have been some minor pullbacks, 2016 has been an incredibly strong year for precious metals. Gold rocketed above $1,300 and silver above $18 briefly, before slipping back a bit during May. They have been amongst the top performing assets of the year and we believe the next major upleg is just getting now started.

Many investors missed the opportunity to buy near the bottom. But the opportunity still exists to buy shares of the mining companies that made well-timed acquisitions. These companies stand to benefit not only from increasing margins on their prior mining operations, but from the rapidly increasing valuations of the assets they acquired in the past year. Of coure, you will want to perform due dilligence to assess if they paid a fair price and if the acquisition was accretive to shareholders.

But I think it is fair to say that most acquisitions that occurred over the past two years will soon look to be extreme bargains in retrospect. This is especially true if gold moves towards $1,800 and silver towards $30 later this year as we anticipate.

So, let’s take a look at some recent acquistions to identify a few gold and silver miners that might be worthy of consideration.

Fortuna Silver’s share price is up 190% year to date.

May 24, 2016: Hecla announced the acquisition of Mines Management. Hecla intends to advance the evaluation program of Montanore in northwestern Montana. Montanore is considered one of the largest undeveloped silver and copper deposits in North America. In-situ mineralization estimated at more than 230 million ounces of silver and nearly 2 billion pounds of copper, not considering dilution or sub-economic mineralized zones. It is expected to produce 8 million ounces of silver and 60 million pounds of copper per year.

Endeavour Silver’s share price is up 161% year to date.

March 31, 2016: Yamana Gold announced the acquisition of Carpathian’s Gold’s RDM (Riacho Dos Machados) mine. Yamana paid $51 million for this open-pit mine located in the Minas Gerais state of Brazil. It is expected to produce 100,000 ounces of gold each year with AISC (all-in sustaining costs) of less than $800 per ounce.

Yamana Gold’s share price is up 183% year to date.

Silver Standard Resources’s share price is up 118% year to date.

Endeavour Mining’s share price is up 180% year to date.

Shahuindo is a shallow, open-pit heap leach gold mine that will reach commercial production in Q2 2016. It has Proven & Probable oxide mineral reserves of 111.9 million tonnes with an average gold grade of 0.53 g/t containing 1.9 million ounces of gold.

Tahoe Resources’s share price is up 58% year to date.

First Majestic’s share price is up 293% year to date. 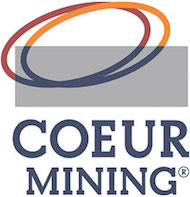 December 17, 2014: Coeur Mining acquires Paramount Gold and Silver for $146 million. Paramount’s San Miguel mining project neighbours Coeur’s Palmarejo silver-gold mine complex in Northern Mexico. The immediate draw for Coeur is the high-grade, silver-gold resource ounces added to its near-term production profile at Palmarejo. Paramount’s biggest find at San Miguel has been the Don Ese deposit, which extends across a shared property boundary onto Coeur’s land holdings, and is located 800 metres from the producer’s Guadalupe deposit.

Coeur Mining’s share price is up 252% year to date.

Of course, many of the royalty/streaming stocks have been also been busy acquiring new royalties and streams over the past year at bargain prices. The cash flow from these projects at higher gold and silver prices will soon make their acquisition prices look incredibly inexpensive.

Oct 7, 2015: $610 million streaming deal with Teck Resources for silver stream on the Antamina mine.

Franco Nevada’s share price is up 55% year to date.

August 8, 2015: $610 million precious metals purchase and sale agreement with a wholly owned subsidiary of Barrick Gold Corporation, BGC Holdings Ltd. to purchase a percentage of the gold and silver production attributable to Barrick’s 60% interest in the Pueblo Viejo mine located in the Dominican Republic.

July 20, 2015: $175 million purchase and sale agreement with New Gold, for a percentage of the gold and silver production from the Rainy River Project in Ontario, Canada.

May 7, 2015: $130 million gold stream transaction with a wholly owned subsidiary of Golden Star Resources Ltd. that will finance underground development projects at the Wassa and Prestea mines in Ghana.

Royal Gold’s share price is up 82% yar to date.

March 21, 2016: Silver Wheaton will pay a total cash consideration of US$140 million for an Early Deposit Precious Metals Purchase Agreement with Panoro Minerals Ltd. and its wholly owned subsidiary Panoro Trading (Cayman) Ltd. (“Panoro”) in respect of the Cotabambas project located in Peru. Silver Wheaton will be entitled to purchase 100% of the silver production and 25% of the gold production from the Cotabambas project until 90 million silver equivalent ounces attributable to SWC have been delivered, at which point the stream would drop to 66.67% of silver production and 16.67% of gold production for the life of mine.

November 3, 2015: Announced $900 million silver streaming deal with Glencore. Silver Wheaton will receive from Glencore an amount equal to 33.75% of the Antamina silver production until the delivery of 140 million ounces of silver and 22.5% of silver production thereafter for life of mine at a fixed 100% payable rate.

March 2, 2015: Acquirde from a subsidiary of Vale S.A., an amount of gold equal to 25% of the life of mine gold production from its Salobo mine, located in Brazil. This acquisition is in addition to the 25% of the Salobo gold production that Silver Wheaton acquired in 2013. The Company will pay Vale cash consideration of US$900 million for the increased gold stream, plus $400 per ounce of gold delivered.

Silver Wheaton’s share price is up 72% year to date.

January 19, 2016: Agreed to acquire 56 royalties (the “Royalty Package”) from Teck Resources Limited and its affiliates (collectively, “Teck”) for total consideration of US$22 million.

October 27, 2015: Three agreements with Yamana Gold that include production streams from up to five of Yamana’s projects. For upfront consideration of US$148 million in cash, US$4 million in cash payable in six months and 15 million warrants of the Company, Sandstorm will receive a silver stream on the Cerro Moro development project in Argentina (“Cerro Moro”) that includes interim silver deliveries during years 2016 to 2018 from currently operating mines, a copper stream on the operating Chapada mine in Brazil (“Chapada”) and a potential gold stream on the Agua Rica project in Argentina (“Early Deposit Gold Stream”).

Sandstorm Gold’s share price is up 63% year to date.

This list is not exhaustive, but gives you an idea of which companies have been busy acquiring resources or streams over the past year. These companies should be rewarded, as they bought on the cheap when gold and silver prices were at multi-year lows.

You can view our top 10 gold and silver mining stocks, plus get our monthly newsletter (The Contrarian Report) and trade alerts, by becoming a Gold Stock Bull Premium Member. We are generating significant profits for our subscibers and I expect this trend to continue and accelearte in the coming months.