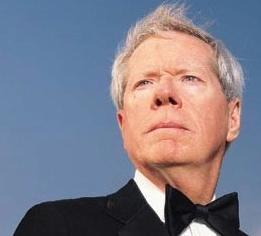 When it comes to war in Syria, economist Dr. Paul Craig Roberts says, “This time the big lie didn’t work like it did in Iraq.”

Let’s cut to the chase… the reason for looking for a fabricated excuse to attack Assad is to continue the radicalization of Muslims in hopes that it spreads to Russia and China. It is a way that Washington can de-stabilize Russia and China and get them out of their way in pursuit of global hegemony.

Now that the rest of the world (except the French government) sees Washington fabricating lies as a justification for war, no one will participate. If they had any evidence, they would have given it to the British Prime Minister so that he could have carried the vote in Parliament. They only have unconfirmed intelligence.

After Syria will be Iran, where Russia and China will draw a firmer line in the sand. An attack on Syria is a stepping stone towards world war with Russia and China, which are both well armed. This is where we are heading and it is madness, with nothing to be gained.

On fallout of a possible Syrian war, Dr. Roberts worries, “If they start abandoning the dollar, the collapse of the exchange rate will bring down the whole house of cards in the United States. The Fed will lose control. The banks will fail. Prices will rise dramatically. People will essentially not be able to pay their bills. It will be an unbelievable mess.”

What would happen to gold with a Syrian war? Dr. Roberts says, “If you get a real collapse in the dollar, gold could be $30,000 an ounce. Who knows?”

The gold and silver market is rigged, just like the bond and stock markets. As long as they can naked short gold and silver on the COMEX market, they can dump huge amounts of paper contracts to drive the price down and keep it capped. They CAN’T keep in capped if the dollar goes in terms of other countries losing confidence and dumping dollars.

There is a huge supply of dollars in the world, as they have been pumped out ever since Bretton Woods. The world is drowning in dollars. There is such a huge supply that if the world loses confidence and want out, there is nothing to buy them up with. Got gold?

The full interview with Dr. Paul Craig Roberts is below and is a critical viewing material: