On February 24th, The Financial Times reported that global gold prices may have been manipulated on 50% of occasions between January 2010 and December 2013. Apparently, this did not please the banking elite who must have made some calls to get the article hastily removed. This is what you see when you click the original FT link now… 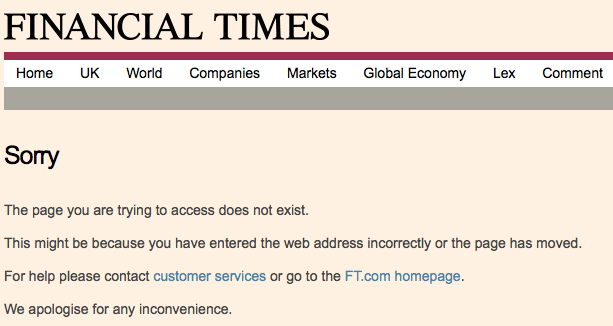 Fortunately, Google caching technology enables us to view the original article here. Jamie Dimon must long for the good ol’ days when a little money and power could make a story go away. Damn technology!

The findings come amid a probe by German and UK regulators into alleged manipulation of the gold price. Prices are set twice a day by Deutsche Bank, HSBC, Barclays, Bank of Nova Scotia, and Societe Generale in a process known as the London gold fixing.

Fideres’ research found the gold price frequently climbs, or falls, once a twice-daily conference call between the five banks begins, peaks or troughs, almost exactly as the call ends, and then experiences a sharp reversal, a pattern it alleged may be evidence of “collusive behavior.”

Fideres concluded that this “is indicative of panel banks’ pushing the gold price upwards on the basis of a strategy that was likely predetermined before the start of the call in order to benefit their existing positions or pending orders.”

“The behavior of the gold price is very suspicious in 50% of cases. This is not something you would expect to see if you take into account normal market factors,” said Alberto Thomas, a partner at Fideres. 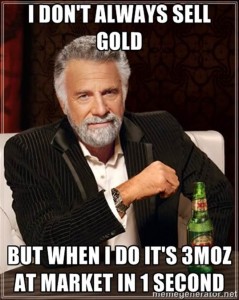 Pension funds, hedge funds, commodity trading advisers and futures traders are most likely to have suffered losses as a result, according to Mr Thomas. He said that many of these groups were “definitely ready” to file lawsuits.

Matt Johnson, head of distribution at ETF Securities, one of the largest providers of exchange-traded products, said that if gold price collusion is proven, “investors in products with an expiry price based around the fixing could have been badly impacted.”

Gregory Asciolla, a partner at Labaton Sucharow, a U.S. law firm, added: “There are certainly good reasons for investors to be concerned. They are paying close attention to this and if the investigations go somewhere, it would not surprise me if there were lawsuits filed around the world.”

All five banks declined to comment on the findings, which come amid growing regulatory scrutiny of gold and precious metal benchmarks.

BaFin, the German regulator, has launched an investigation into gold-price manipulation and demanded documents from Deutsche Bank. The bank last month decided to end its role in gold and silver pricing. The U.K.’s Financial Conduct Authority is also examining how the price of gold and other precious metals is set as part of a wider probe into benchmark manipulation following finding of wrongdoing with respect to LIBOR and similar allegations with respect the foreign exchange market.

Perhaps this is why Deutsche Bank announced their withdraw from the London Gold Fix a few weeks ago?

If you still aren’t convinced about the outright manipulation of the gold market by the big banks, just take a look at the chart below. 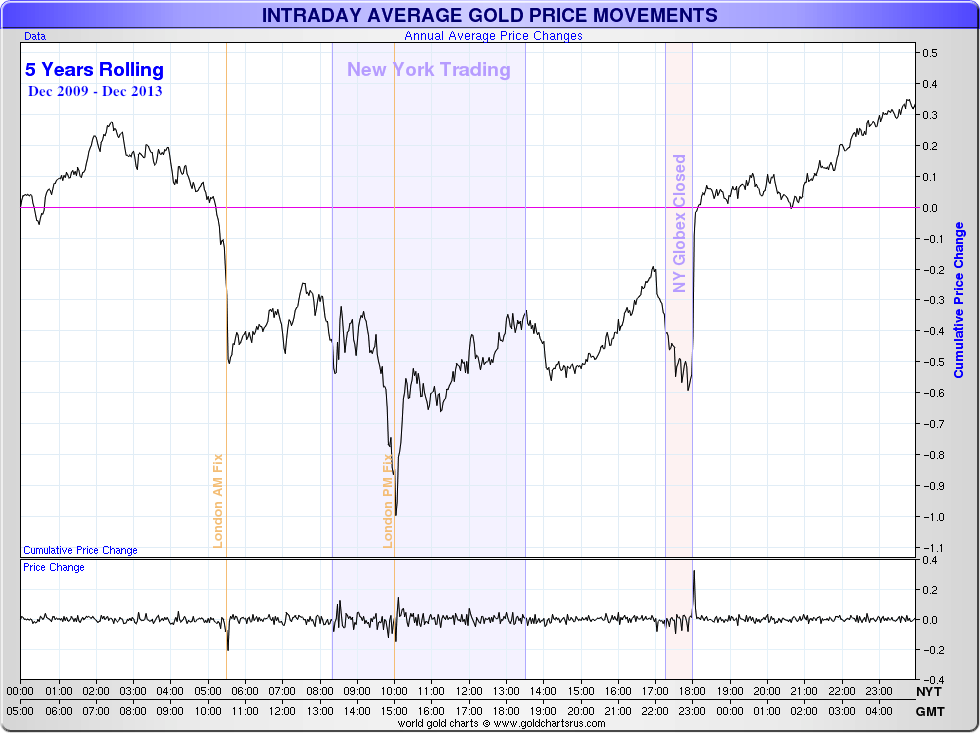 If the manipulation is investigated and the banks are found complicit, watch for a sharp upward revaluation of gold and silver. This type of manipulation works in the short term, but is destined to fall part in the long term once banks loose control of the gold price. This is why we are long-term investors in the precious metals market and not short-term speculators. If you have the guts to buy now while prices are severely depressed and the patience to hold for the long-term, I believe you will be rewarded handsomely.

Not only are gold and silver well below true free market pricing, but the mining stocks are significantly oversold and undervalued. This is true even relative to the current gold and silver prices. Once the metals start moving higher, I expect powerful leverage from quality mining stocks and streaming/royalty companies.

To view the GSB portfolio, receive the monthly newsletter and get our trade alerts, click here to become a premium member.