Gold mining stocks have been hammered since 1995 and especially after 2011. They remain below 1995 levels. A cursory glance tells us that mining real money – aka gold – is not valued by the market. Instead, capital flowed into Internet stocks, housing, Facebook and other bubble stocks. Internet stocks crashed in 2000, housing crashed in 2006-8, and a crash in bubble stocks will come.

Examine the chart of the XAU – an index of gold and silver mining stocks. The HUI index of unhedged gold stocks looks similar. 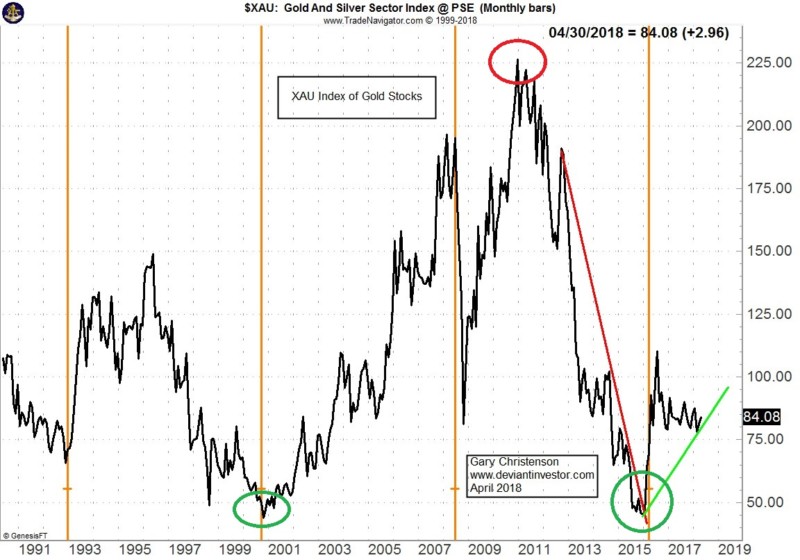 Examine the ratio of XAU to Gold. The ratio has declined for 20 years because the stocks have been WEAKER than gold. When those gold and silver mining stocks “wake up” they will fly. The ratio’s slight upturn in the past two years is promising but not yet convincing. 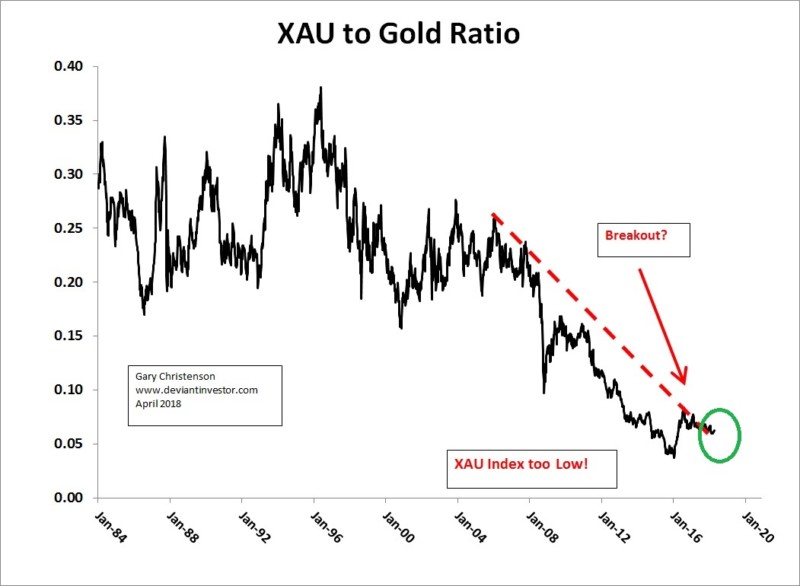 WHAT ABOUT COMPARING THE XAU TO THE NASDAQ 100?

The NASDAQ bubbled higher from 1996 – 2000 before crashing, high to low, by 84%. Too far and too fast always correct. The ratio of XAU to NASDAQ 100 shows the incredible valuations given to NASDAQ stocks in 2018 and the low valuations for gold mining stocks. 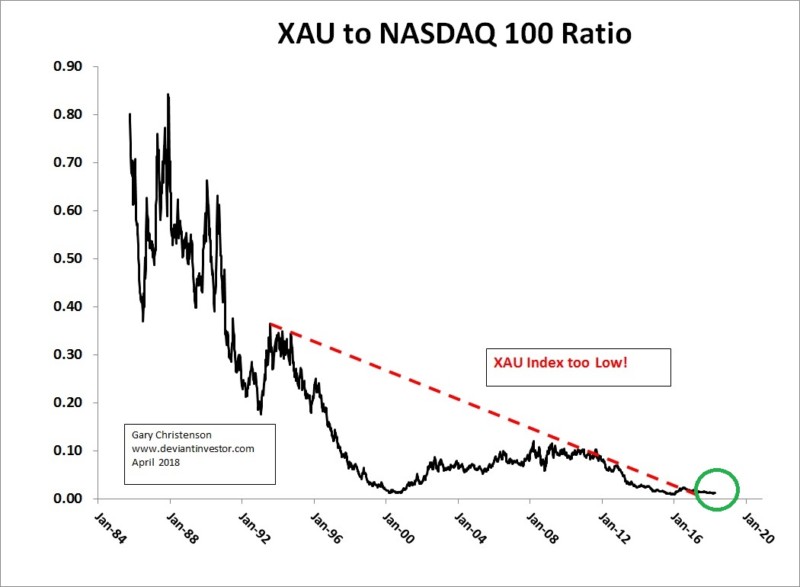 The ratio of the XAU to the NASDAQ 100 has dropped from over 0.80 (thirty years ago) to about 0.01 – a decline of over 98%. Tech stocks will correct lower and the XAU will rise much higher. The ratio currently sits at the level from 9-11, after which gold and silver rocketed higher.

WHAT ABOUT THE GOLD TO SILVER RATIO?

The gold to silver ratio indicates zones where gold and silver are priced too low or too high. Since silver prices move farther and faster (both up and down) than gold prices, the ratio bottoms at metals market peaks. The ratio is high when silver and gold are unwanted. Note the boxed silver prices when the ratio peaked. 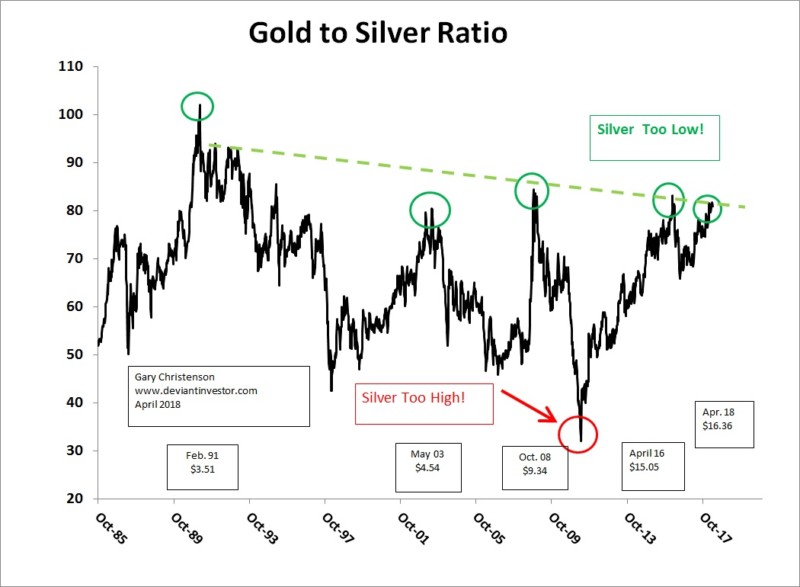 The graph of the ratio for the last 37 years shows the bear market lows in gold and silver in the early 1990s, the late 2008 crash in both metals, the weakness in metal prices at their low in late 2015, and again in early 2018. In spite of the fact that gold prices are up 29% from their December 2015 lows, the current high ratio shows gold and silver are both undervalued and likely to move much higher.

WHAT COULD INSTIGATE A PRECIOUS METALS RALLY?