To levitate the stock market, total debt securities per the St. Louis Fed, have increased from $16.7 trillion in 2001 to over $41.8 trillion in late 2017.  Gold and silver have risen along with debt, bonds, and stocks. 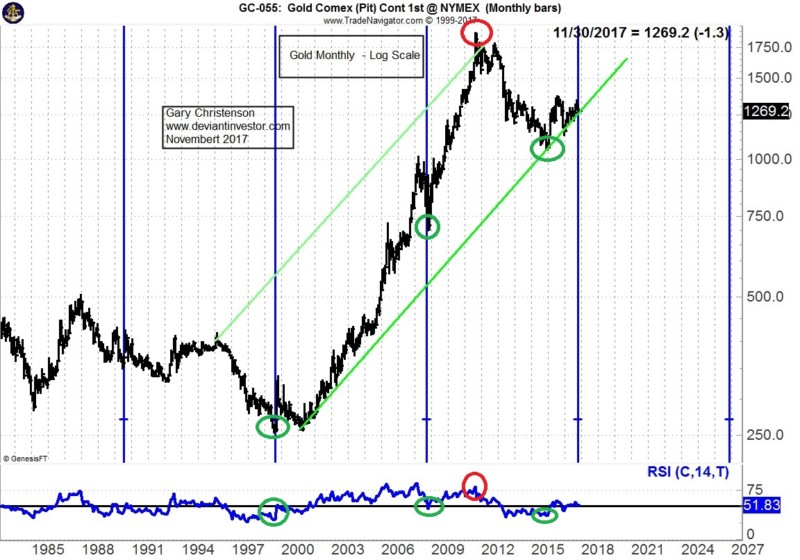 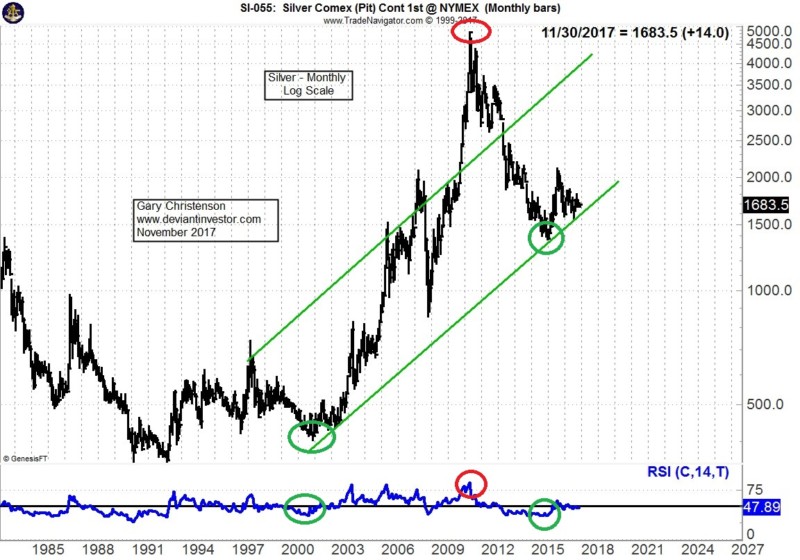 Official national debt, all debt securities per the St. Louis Fed, most stock markets, and consumer prices have risen exponentially.  Some prices, such as health care, have risen rapidly, while prices have declined for televisions and other items.

Why?  Dollars are created by the trillions as debt.  Every newly created dollar devalues existing dollars, SO PRICES RISE. The powers-that-be like the system and pretend to care about the middle and lower classes, but material change is unlikely.

The S&P 500 Index is over-valued in November 2017 and vulnerable to a correction or crash.  By most timing and valuation indicators the stock market is too expensive.  The monthly RSI (relative strength – a timing indicator) shows a multi-decade high, indicating vulnerability to a correction/crash.

Examine the graph of the S&P 500 Index over 30+ years.  The correction or crash may occur next week, next month, or next year, but it will occur.  If the Federal Reserve and global central banks had the ability to prevent stock market corrections and crashes, the NASDAQ crash of 2000 would not have occurred. The devastation took 31 months as the Index dropped over 80%. The S&P 500 crash of 2007-8 took 17 months as the Index dropped about 57%. 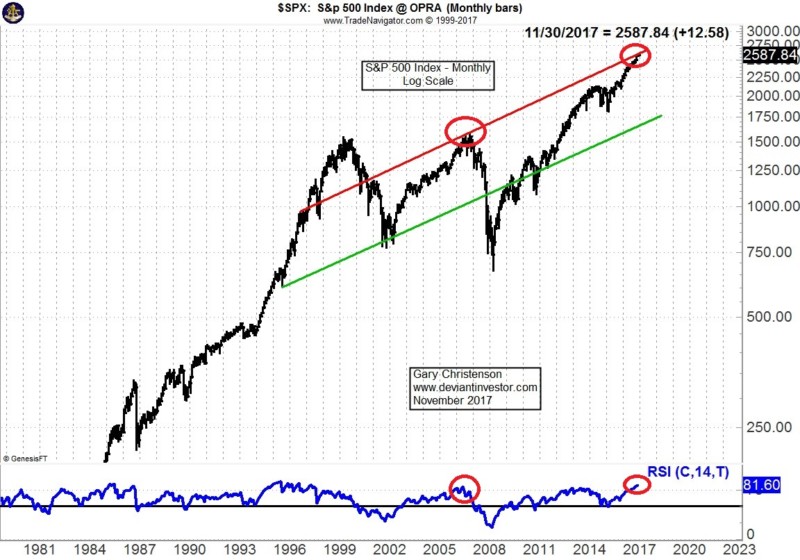 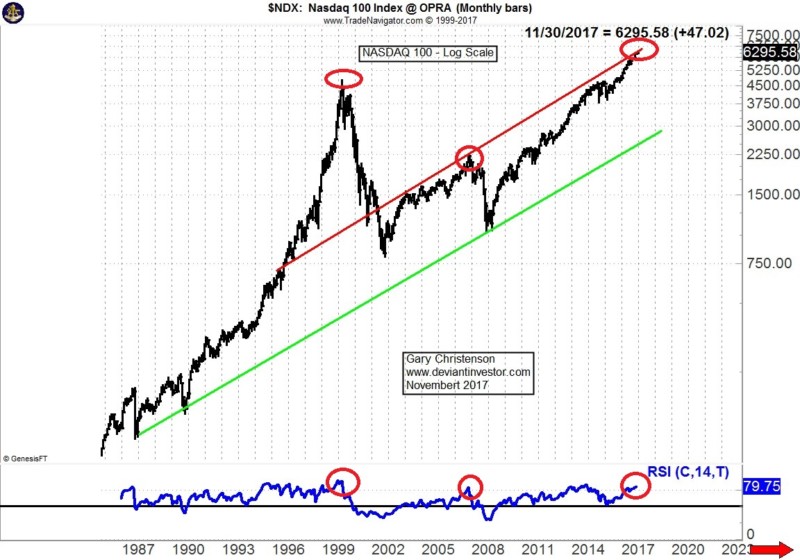 MEDIUM TERM FOR GOLD AND SILVER:

In the medium term gold and silver bottomed in December 2015, broke downtrend resistance, rallied and corrected.

More rallies and corrections will occur, but as long as debt increases, Congress borrows and spends, and currencies are backed by nothing tangible, currencies will devalue and gold prices will rise. 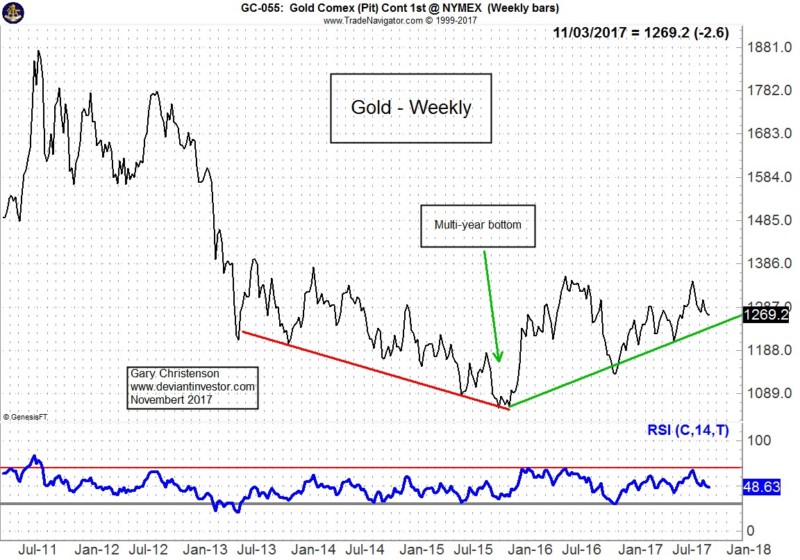 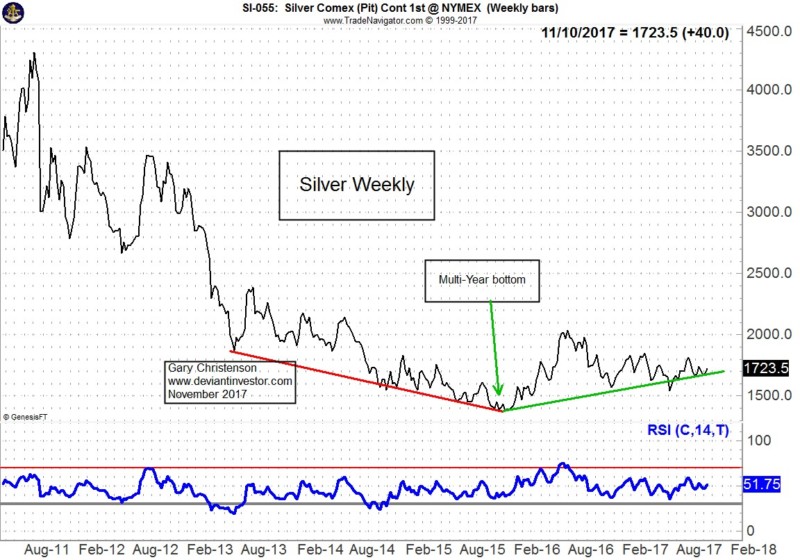 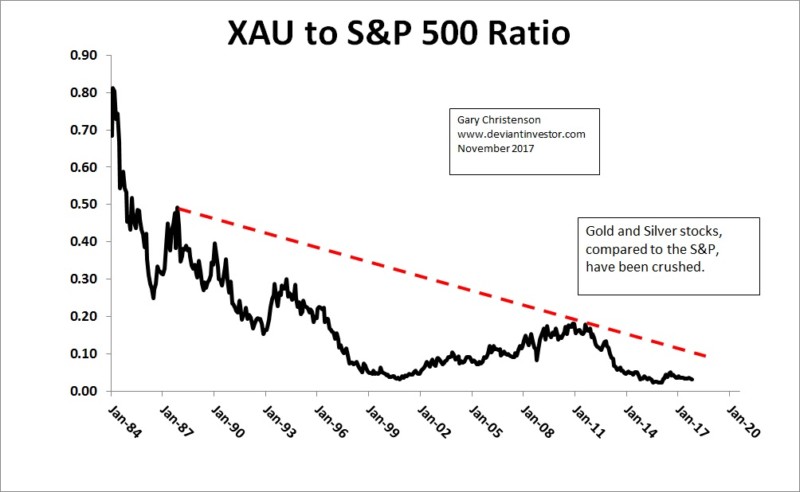 Since the low in January 2016, the XAU nearly tripled in seven months, and is now twice its low.  When gold and silver stocks rally they can quickly quadruple.  They fall equally rapidly. 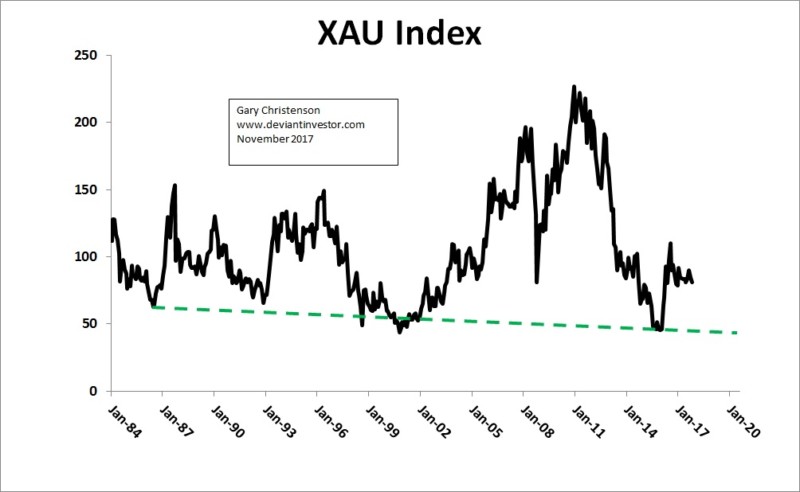 Maison Placements Canada Inc. listed their four strong buy recommendations in “Gold: The Fiscal Hurricane.” Document is available as a pdf from www.321gold.com dated November 5, 2017. Those recommendations are: 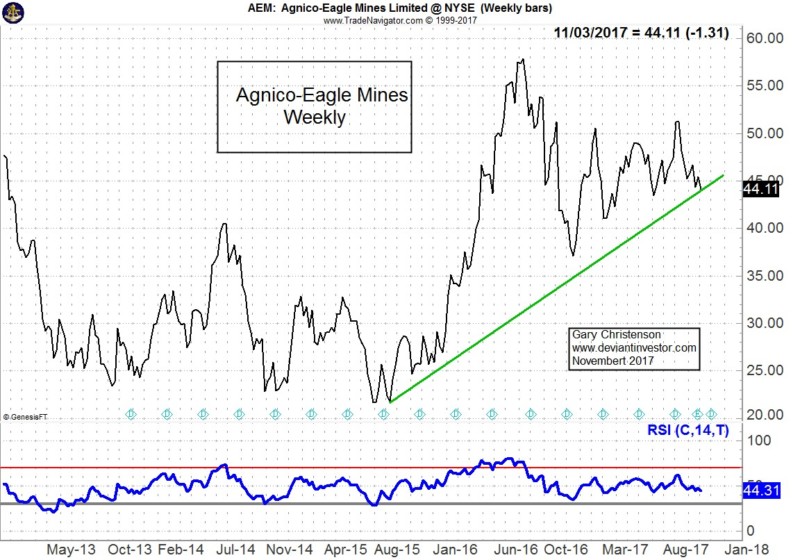 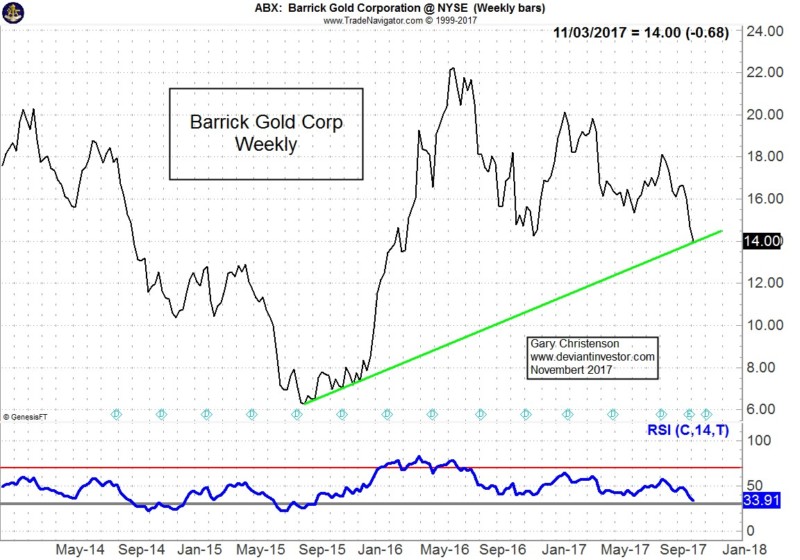 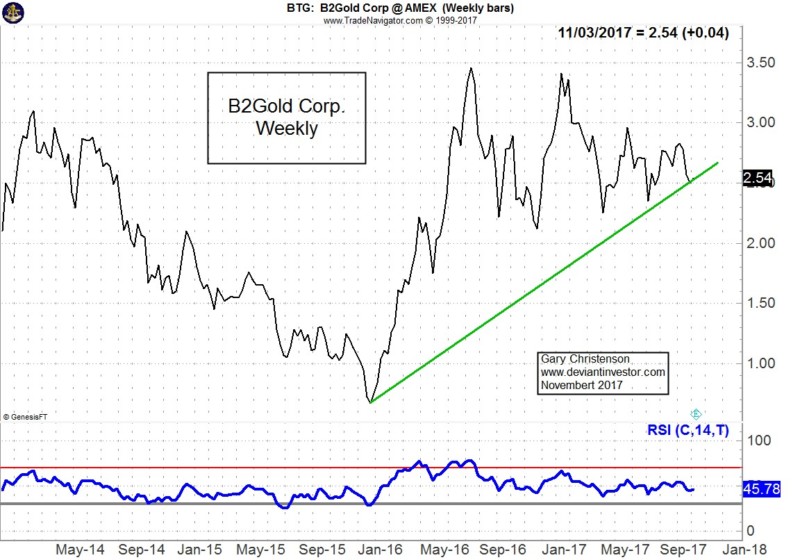 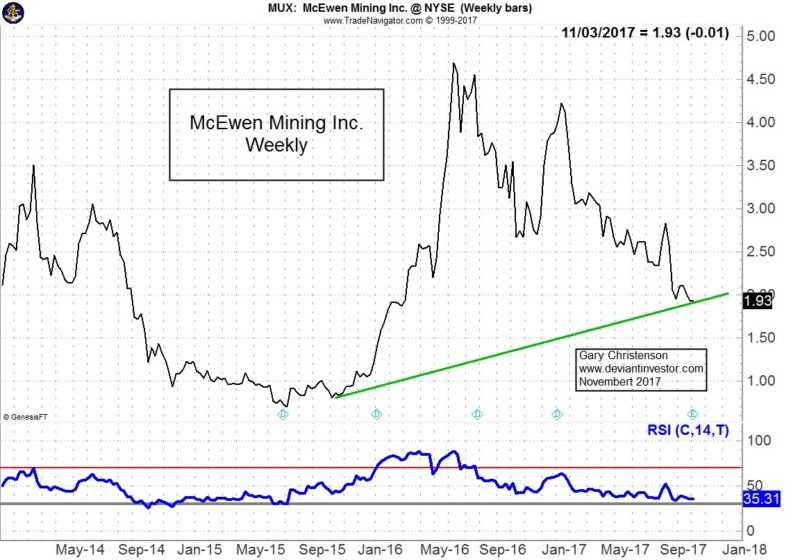