Gold vs. Crypto: A False Dichotomy 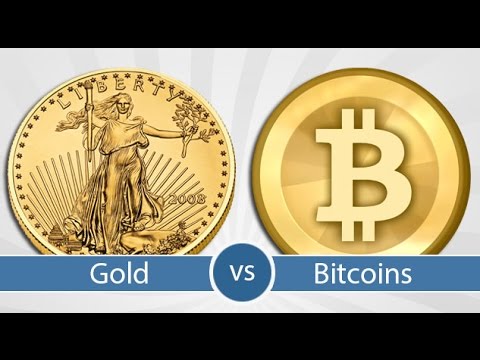 Gold vs crypto.  With some exceptions, most people who hold gold and other precious metals just cannot tolerate the idea of something that only exists in the digital realm being just as valuable, if not more valuable, than something physical.

Many crypto enthusiasts hate gold.  With some exceptions, those who support cryptocurrency see gold as an outdated shiny pet rock, a “barbarous relic” if you will.

All you have to do to get the details on these differences is read the comments section beneath any article about gold or bitcoin.  Most often, bitcoin articles have keyboard commandos declaring that tulip bulb mania 2.0 has run its course, and gold articles have armchair warriors stating that bitcoin is the new digital gold 2.0.  In a sense, they’re both right.  And they’re also both wrong.

Metals and gold need not be at odds with one another.  A balanced portfolio includes both.  They actually have a lot in common. Both can be used as hedges against the failure of the current monetary system.  There’s no better way to insulate yourself against the chaos unfolding around the world than by holding both gold and bitcoin (and other metals and cryptocurrencies), making the whole “gold vs crypto” paradigm bunk.  The pros and cons of each cancel each other out.  And when either sees gains against fiat, it spells disaster for the financial world at large.

Indications of a collapsing system

If gold were to go from 1,000 USD to 20,000 USD in a single year, the financial world would fall apart in short order.  Everyone would freak out and begin panic selling everything.  People would lose their minds and begin screaming that the end is nigh.

But when the same happens to bitcoin, all you hear are crickets and cries of a tulip bubble bursting.

Forget about gold vs crypto.  There is, in fact, a massive bubble bursting right now.  It’s a 47-year bubble.

Fiat currency has been blowing up for almost half a century.  Ever since 1971 when the dollar became a pure fiat currency no longer backed by gold or anything tangible, a bubble has been in progress.  The creation of trillions of fiat debt-based currency notes post-2008 made the bubble a billion times larger.

But wait, bitcoin isn’t backed by anything tangible either.  So, it’s also fiat, right?  Wrong.  Gold is valuable because it’s scarce.  But bitcoin is more than scarce – it’s fixed.  There will only ever be 21 million bitcoin in existence.  And as mentioned in a previous article, up to 4 million of them have already been lost forever.  That leads one to conclude that little more than 17 million bitcoin will have to be split up between the hundreds of millions of people who use crypto as a lifeboat from the failing fiat system.

In addition, it takes massive amounts of electricity and computing power to create a single bitcoin or other mineable coins.  It’s not something people are pulling out of thin air.

Bitcoin also has some advantages that gold does not.  It can be divided up into 100 million smaller parts (1/100,000,000 of one BTC = one Satoshi) and teleported anywhere in the world in a matter of minutes.  It also can be transported more easily.  A billion dollars’ worth of bitcoin can fit on a simple hardware wallet or paper wallet that can then be taken anywhere.  Not exactly the case with gold.

To be clear, risks exist with both currencies.  If you want to talk about gold vs crypto, talk about the risks inherent in each.  Bitcoin could always fail, fall victim to a 51% attack (whereby the majority of mining hash power belongs to a single group or individual), or be compromised when someone creates a quantum computer unexpectedly before the network can be upgraded with post-quantum algorithms.  Such scenarios are all plausible, however unlikely they may be.  Actor Stephen Baldwin made a statement to Fox Business this week making some common-sense comparisons:

“Hasn’t Wall Street had bubbles? Hasn’t real estate had bubbles? People invest in all of that. Let’s not discourage the honest individual who wants to make a buck from getting involved.” he said. “If you have a little money to play with and invest, I’m going to tell you right now—look at the top 10 cryptocurrencies—[because] they are going up in the next 5 years. Is it a risk? Absolutely, so is everything else.”

Metals face threats as well.  Gold might not be so scarce in the years to come.  While it may sound like science-fiction, asteroid mining technology has been under development for quite some time.  Scientists estimate that a single asteroid if harnessed and mined for materials, could satisfy global demand for gold, platinum, silver, and other metals for centuries.  This would make gold only slightly more valuable than copper or iron.

The New York Daily News reported on this topic back in 2013:

Planetary Resources estimates some platinum-rich asteroids just 500 meters across could contain more than the entire known reserves of platinum group metals. Studies based on observation and meteorites suggest space is even richer in iron ore.”

Obviously, the only way to balance such risks is to diversify.  Diversify both across asset classes and within asset classes.  That means don’t just hold gold and bitcoin.  Hold gold, silver, platinum, palladium and the miners that produce these metals.  Hold bitcoin, litecoin, ethereum, dash, and others.  Don’t think about it in terms of gold vs crypto.  Former Facebook executive Chamath Palihapitiya recently discussed diversification on CNBC:

Keep in mind that many altcoins have seen far greater gains this year than bitcoin.  The best performing crypto portfolios have been those that included coins like Vertcoin, Litecoin, Dash, and Monero.

To the same end, silver has the potential to vastly outperform gold.  In the aftermath of the crisis of 2008-2009, silver saw gains that far outpaced that of gold. Mining stocks offered the greatest returns, with leverage of 3x to 4x the gains in the underlying metals.

In short, there need not be a schism between the precious metals and crypto communities pitting gold vs crypto.  Both serve as a means by which to escape the debt-laden financial labyrinth dominated by central banks and their tyrannical actions that continue to slowly cannibalize the world.

Here is the latest Keiser Report discussing gold versus Bitcoin:

The Gold Stock Bull model portfolio is up over 300% in 2017 and includes BOTH mining stocks and cryptocurrencies. We also cover the rapidly growing cannabis industry and select metals with bullish fundamentals such as lithium and cobalt. The New Subscriber Special is only $99 for 3 months.