We are going through a tremendous change. A new paradigm. The last time this happened was the Renaissance and Reformation.

The two powers at the time were the nation-state (a relatively new creation at the time) and the church. These powers controlled the flow of information, the flow of money and thus the flow of everyday life.

But they couldn’t stamp out the paradigm shift because the printing press threatened their ability to control information.

This new technology made it possible for a message to go from one-to-many, and the cultural shifts changed the map of Europe, commerce and the power of nation-states.

We’re heading into another swing from centralized to decentralized power due to our new technology — electricity and the internet.

I’ve used the analogy of preparing for a winter storm by looking at the severity of those in the past. Some of us look at economic graphs of waves, or seasons. Every closed system goes through seasons. The Romans called it a saeculum. About every hundred years a society goes through spring, summer, fall and winter. If they contract, protect, and live through the winter then they expand into a beautiful new spring.

We’ve just had an artificially long economic summer and fall with global QE money printing. Instead of money being a symbolic value of the nation-state’s warehouse, or GDP, instead we have the value of a promise of what the debtor and lender will do in the future. So we changed time. We divided what is in the storehouse and then multiplied the pieces through promises backed by the strength of an army.

Money stopped symbolizing wealth and became a financial instrument inside a complex system of growth by division and multiplication instead of adding and subtracting. It became centralized behind military and financial strength.

It’s the rise and fall of a closed system — an Empire. Inside a closed system if each person sacrifices for the good of the group then the group does better and the individual does better. John Nash showed us this in the movie A Beautiful Mind. But as soon as someone realizes everyone else is sacrificing, and they can look after their own interest off the benefits of the closed system, then it begins to fall.

If the looters are in power they can maintain the system while draining it by controlling information. They can offer free bread and circuses, as Roman rulers did. Citizens start to look at their own benefits at the group’s expense and it all falls down. When it becomes apparent to those with information that the drained system will collapse they look after themselves and those close to them. At a certain point it doesn’t matter what information gets out. It’s over. They got out before that terrible flower bloomed.

The longer those in power can keep information and money centralized the longer the current system can go on.

In the Renaissance the church demonized the printing press. It was of the devil. The printing apprentices were even called the “printer’s devils”. Benjamin Franklin, Thomas Jefferson and Mark Twain were all printer’s devils. I was a printer’s devil. As the poet Thomas Moore wrote, “Thou angels may write, still devils must print.”

Any loss of power to curate information to keep the masses safe was the devil.

But then when it couldn’t be stopped the Church stopped demonizing and instead started controlling the printing press. They invested in controlling all publications, all information.

The power swung from decentralized back to centralized.

We now have electricity, with instant transfer of information, and with that came the internet. The internet brought the movement of not just information, or an idea, from one-to-many, but now we have movement from many-to-many.

The concept of the public sphere, freedom of expression and information not influenced by a ruling elite, has moved from the cafe of Europe to every mobile device on the planet.

And with this comes the decentralizing of structures holding up that infrastructure. Oil, mainstream media, central bank fiat money, transportation, warfare, allies, management of production — it has all been tossed in the air with new technology. And soon we’ll see those changes start to play out. We’ll see a new flower begin to bloom. It’s my hope that it will be beautiful beyond anything we’ve seen.

Those currently in power are conversing with each other to try to control the move to the new paradigm.

Those without power try to use the new technology to gain a place.

The tools of culture, finance, warfare and religion all play a part. Like a global game of Civilization V.

Millenials, aged between 18 – 32, will play a big part of the paradigm shift. They grew up digital. They transfer messages instantly. They think more with symbols and less in a straight line from point A to point B, as the printing press taught.

The introduction of digital currency will tangle for winners. Those in power will look to control it or sabotage it. That’s normal. I wrote about that in the song Bitcoin Barbarians. Bitcoin was the first and has a lot of infrastructure set up, but we’ll see how the blockchain plays out.

Why does it matter?

Because as there’s a swing from old tech to new, and a rebalancing of the Game of Coins and Crowns, there’s a window of time between the old and new where trust in a paradigm is lost but a new one hasn’t come in yet. When that happens there’s a movement to the last thing that was trusted. In money that was physical gold.

Countries are buying it up like mad so they have some poker chips, as Jim Rickards says, at the table when the new money rules are sorted out.

We’ve moved beyond the straight line linear thinking of the printing press. We’ve moved into the electronic age where ideas and information transfer instantly and symbolically.

How will we order our lives around the new paradigm of money?

A promise to pay? A coin in hand we trust? A string of zeros and ones?

Gutenberg brought in rational thought and the scientific method. While we as a society swing back to symbolic thinking it’s important to think critically and rationally.

Central banks have power. The internet allows decentralized power. So, the next step is the nations’ central banks to join their power in an uber central bank, the global central bank, the IMF, that issues world money and keeps the system going. It’s the next logical step in the swing. They will naturally try to maintain what they believe is best for the world.

Countries are gathering physical gold as something to trust when nothing else is trustworthy yet and the IMF starts issuing world money — the SDR.

This is a rambling article.

It moved from linear to symbolic. Follow the paradigm shift?

I wrote We Know How it Goes and Coins and Crowns before the 2008 market crash. I wrote Wag the Dog before Russia invaded Crimea. I wrote Not Much of a Holiday as the Greek bank holiday situation portends future back room banker passes to manage debt, the control of information through media and new tech in the South China Sea.

If nations are buying gold as insurance while the paradigm shifts then perhaps it’s a good idea to do a little of the same. 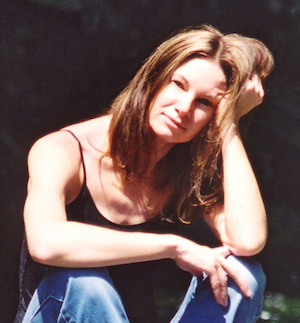 news and nations all sold.

if the media tells me so?

Which way, which to go

Palms are greased (Greeced) they close the door

then fates are sealed

excerpt from “Not Much of a Holiday”

About the Author: Elaine Taylor

Elaine has a degree in Communications and is a singer/songwriter and geopolitical analyst. She lives on the west coast of Canada, where she spends an awful lot of time walking along the many beaches surrounding the beautiful city of Vancouver, and deep in the woods with the trees, rocks and waterfalls.