As the world moves towards a sustainable future, the demand for electrical vehicles (EV) keeps growing by the day. Governmental agencies offer tax credits and rebates in an effort to incentivize EV sales and to reduce people’s dependency on fossil fuel based vehicles. This has resulted in a significant increase in the demand for EV batteries as well.

A report from Research and Markets states that between 2017 and 2021, the global EV battery market is estimated to grow at a rate of 42% annually.

One of the factors that contribute towards the rapid growth of the EV battery market is the development of advanced, high-performance batteries that are capable of storing and deploying energy in a more efficient manner. These are fast-charging batteries that can significantly increase the distance EVs travel on a single charge.

Currently, the key players in the EV battery market are Samsung SDI, LG Chem, BYD Company, A123 Systems, and Panasonic. China based CATL (Contemporary Amperex Technology Co. Limited) is also making rapid strides in the segment and is expected to become a prominent player in the near future (though China is under fire for stealing other company’s technology but this is another topic).

The company recently announced that it is planning to issue an IPO in June to raise $2 billion, which it will use to construct two battery plants to achieve its stated goal of having a production capacity of 50 GWh by 2020.

Price Growth in Lithium and Cobalt

Two of the most commonly used raw materials in the production of EV batteries are lithium and cobalt. Owing to the increase in demand for EV batteries, both these materials have increased in value considerably in the recent past. The price of cobalt, in particular, has quadrupled in the past few years and is currently trading at over $90,000 per ton, which is staggering to say the least.

There are two reasons behind the significant rise in the price of cobalt. First, the EV battery market has been growing rapidly and the demand for high-performance batteries has been greater than ever before.

Secondly, and more importantly, the Democratic Republic of Congo (DRC) – which is the largest producer of cobalt in the world, accounting for two-thirds of the world’s supply – recently raised taxes on Cobalt, making it more expensive for multinational corporations to procure the material. The ongoing political turmoil in the country has also caused many players in the tech industry to source the material from other, less conflict-prone regions. 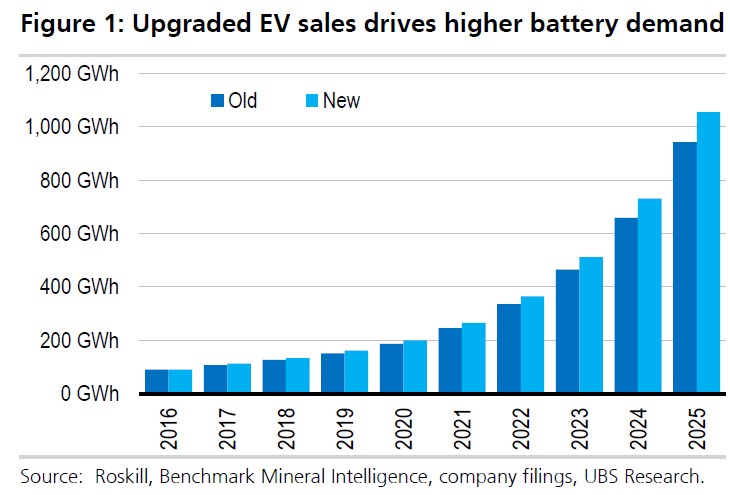 The problem, however, is that the DRC has such a dominant share of global cobalt reserves that alternative sources of supply are very few and far between. What complicates the situation further is that cobalt is mostly mined as a byproduct in the extraction of other metals like copper and nickel.

There have been, however, some positive developments in the market of late like the rise of Global Energy Metals, a Canada based company which is planning to develop ethical cobalt from other regions in the world and prevent any possible deficit in supply that could be caused by the ongoing crisis in the DRC.

The company is involved in a number of cobalt projects including the Werner Lake project in Canada and the Millennium project in Australia and is in a strategic partnership with Beijing Easpring Material Technology. 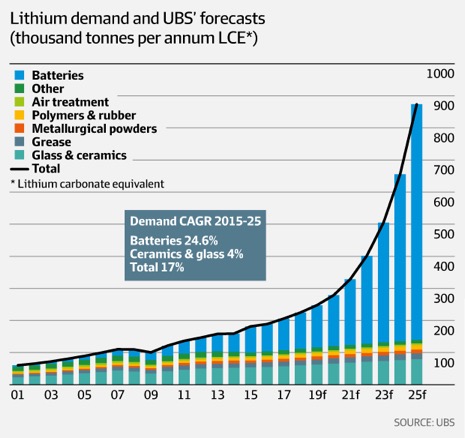 With the global demand for cobalt expected to grow by 10% between 2018 and 2022, industry observers believe that the prices are not likely to come down any time in the near future.

Data shows that we could be headed towards a supply shortfall, owing to the huge increase in demand for the material as well as the potential for supply constraints caused by the political crisis in Congo, among other factors. As a result, downstream users are eagerly investing in mines and signing agreements with cobalt suppliers in an effort to secure their supply. 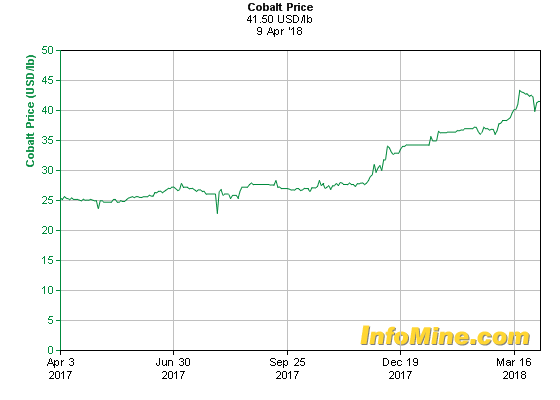 How to Benefit from the Demand Boom in EV Batteries?

The demand for batteries and energy storage caused by the proliferation of electrical vehicles offers an excellent investment opportunity for discerning investors. These are early days and there is still enough time available for people to position themselves in such a way that they could benefit from the battery boom.

One of the best ways for investors to profit from the boom is to invest in companies that are into mining and extraction of raw materials – particularly the materials that are extensively used in the manufacturing of batteries and energy storage systems and since Americans are in a lower tax environment now there is a lot more money to invest with.

Panasonic is currently one of the biggest names in the industry today, thanks largely to its partnership with Tesla and other companies. Samsung SDI, a market leader in the small electronics batteries segment, is also striving to become a dominant player in the EV battery and energy storage segment.

LG Chem is another company that could become a major battery supplier in the coming years, thanks to its partnership with major automakers like Ford, Volvo, and Audi, all of whom are planning to dominate the EV market in the coming years. Chinese battery giants like CATL and BYD are also making rapid progress in their efforts to capture a substantial share of the market.

ETFs as an Investment Option

The problem is that large companies mostly focus on extracting primary metals like copper, during the process of which cobalt is obtained as a byproduct. So, investors are better off looking for exposure at the junior level. We have a short list of our top junior cobalt stocks in the monthly newseltter.

It is a prudent idea to invest in companies that have a solid understanding of metallurgy and are involved in projects with an established JORC (Joint Ore Reserves Committee) or NI 43-101 resource that are located in countries with a business-friendly political climate. It is also essential to make sure that the companies have an offtake agreement along with strategic partnerships in the downstream market.

Tesla is expected to be the biggest beneficiary of the ongoing battery boom. It topped the list of must-buy battery stocks last year, during the course of which its stock increased 48% in value, and still remains the best stock to invest in due to the scale of its operations. Tesla’s batteries are getting more powerful, more capable, and more efficient – a judicious example is the 2170 battery, which is to be used in the Model 3.

Another must-buy battery stock is Panasonic, which is coincidentally Tesla’s partner in the much talked about Gigafactory Project, and whose stock increased 44% in value last year. The company shares the manufacturing space with Tesla at the Gigafactory. So, it stands to benefit immensely from Tesla’s increased production capacity.

Panasonic is currently the market leader in lithium ion battery segment and is likely to remain so in the near future. It is twice as big as its closest competitor – Chinese EV company BYD, which is backed by the controversial Warren Buffet. He was against the Keystone Pipeline despite pipelines being the safest way to transport gas but since Buffet owns trains and his trains were benefiting from this Buffet was against the pipeline despite this pipeline being essential to American energy might and growth. Let’s get back on track though.

With a $14 billion market cap and a PE ratio of 19.3, Albemarle remains a decent pick for value investors. The company is a market leader in specialty chemicals. In 2017, the company earned $2.7 billion in revenue, over 36% of which was from the sale of lithium and other such raw materials. It is likely to gain substantially from the ongoing lithium ion battery boom.

While the stocks mentioned above stand to benefit from the growing demand for electric vehicle batteries,  junior miners should generate much better returns for investors. Lithium and cobalt stocks were hot in 2017, but have corrected sharply in 2018. We believe this creates an excellent buying opportunity for long-term investors.

We currently hold one lithium stock that recently moved into production and one cobalt/nickel stock that just released a positive economic study. We consider these two companies to be best-in-breed and believe they will outperform their peers and generate exceptional gains for investors over the next few years. Sign up here to get all of our top stock picks and be sure to use the promo code trial50 for 50% off the normal subscription price!