India has reportedly agreed to pay Tehran in gold for the oil it buys, in a move aimed at avoiding US sanctions that target countries who trade with Iran. China, the number one buyer of Iranian oil, may follow India’s lead. Together the two nations account for over $30 billion in annual oil purchases from Iran, which would be a significant amount of gold replacing the dollar in trade.

This is only going to accelerate the decline of the dollar and its role as world reserve currency. It should also help boost the price of gold and further legitimize the movement to return to a gold standard. Bernanke may want to re-think the answer about whether gold is money that he gave to Ron Paul.

Any move by India or China to use gold rather than dollars in oil trading is likely to infuriate U.S. leaders and their bankster bosses. Many believe this was the main reason why the United States invaded Iraq and Libya, two nations that were reportedly looking to trade their oil in something other than U.S. dollars.

While the dollar has rallied strongly since September, primarily due to the Euro crisis, it has recently hit resistance and now looks poised to reverse course. With recent stealth QE and the possible of more being announced tomorrow, the dollar could drop hard. Technically, the chart is looking overbought and very bearish. 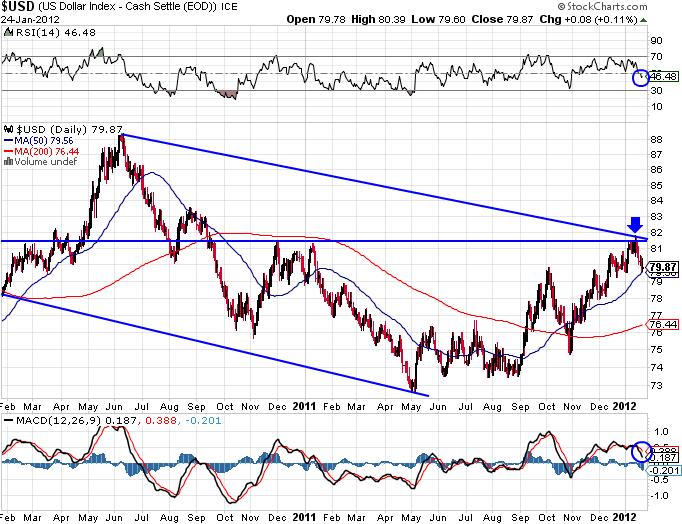 Gold has likely found a bottom and has recently advanced above its 200-day moving average. The technicals look very bullish for gold, which has huge upside potential and little downside risk. If the FED announces further stimulus soon, this could really ignite gold and silver, sending the prices rocketing towards 2011 highs in a hurry. 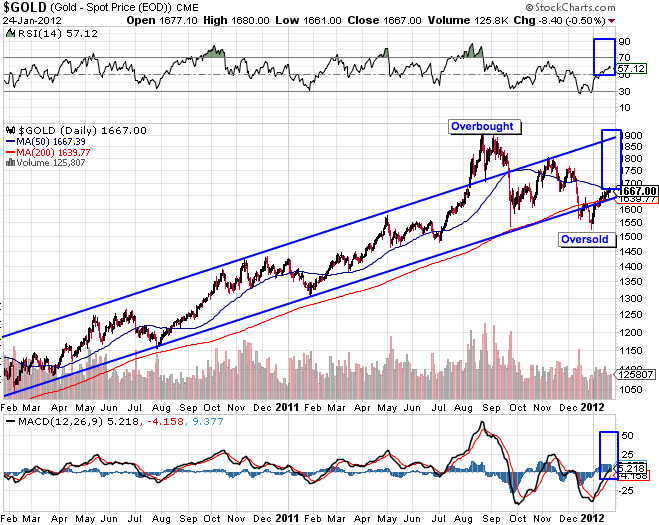