Is the Stock Market Crash Over or Just Getting Started?

The first day of September was not encouraging, with the S&P 500 sliding another 3% and Asian shares falling for a third straight day on weak manufacturing reports from China. Did markets just set the tone for the rest of the month? Will September bring another major crash in the stock markets, as it has done several times in the past?

Every dip in the stock market since the financial crisis has turned out to be an excellent buying opportunity. The financial press and most of the analysts they have on air are recommending that you buy this dip aggressively. They love the big blue chip stocks and have done well buying the dips in the past.

This time is different.

There is a confluence of events occurring right now that have convinced me to reduce exposure and increase my defensive footing. I believe that current weakness in global markets could be too much even for the almighty Federal Reserve to control this time around. I think they are most likely to leave rates unchanged during September, but even this news won’t be enough to generate a sustained rally in equities.

A new round of QE is possible if markets continue to slide, but I believe it would lack the same type of bite it had in the past. There is a diminishing return in the ability of central planners to prop up financial markets. This is making it all the more difficult to maintain the illusion of prosperity within an antiquated and dying economic system.

China will stabilize, but there is plenty of downside remaining and the global economy will follow them lower. An increasingly desperate Chinese government continues throwing things at their economy, but nothing quite sticks.

China is not alone. The world’s 8th largest economy, Brazil, has slipped into a deep recession of their own. Their economy shrank by 1.9% in the most recent quarter, and 2.9% versus the same quarter last year. They have high unemployment and rising inflation. The people are suffering as the ranks of the poor swell under these conditions. The Brazilian stock market is down 20% from a year ago and its president, Dilma Rousseff, has an 8% approval rating. 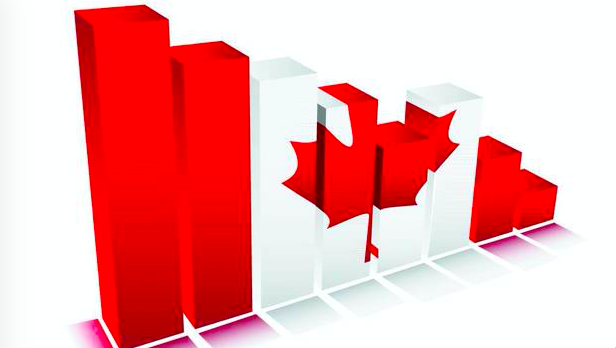 Canada and Ireland officially joined the Recession club today as well, joining the ranks of Brazil, Greece, Belgium, the Czech Republic, Italy, Portugal, Taiwan and the Netherlands. Here is my prediction: the number of countries in official Recession (two consecutive quarters of economic contraction) will double by year end. Put another way, things are going to get a lot worse, before they get any better. And by better, I mean stabilized and trading somewhat sideways.

U.S. factory activity slowed to a more than two-year low in August. The Institute for Supply Management (ISM) said on Tuesday its national factory activity index fell to 51.1 last month, the lowest reading since May 2013, from 52.7 in July. China’s official factory gauge also dropped to a three-year low in August. In other words, the weakening of the manufacturing sector is not isolated, but a truly global phenomenon.

Of course, this Crisis 2.0 that we are entering can be traced back to one core thing: an economic system built around the concept of a fractional reserve fiat monetary system and unsustainable debt. The FED successfully papered over the last financial crisis, but never addressed the root cause. They tried to combat a debt problem with more debt. Brilliant!

It worked, kind of. It worked for Wall Street, for the banks that were bailed out, for those that bet on the bailout happening, insiders, politicians taking credit, etc. There has been some trickle down impact to Main Street, but the vast majority of the “recovery” has benefited the absolute top tier of the wealthiest people in society.

This next stock market crash is likely to be as severe as the 2008-09 crisis. But this time, don’t expect a v-shaped recovery. Expect years of economic stagnation with an eventual rise in inflation. How the FED reacts will determine how long and to what degree this correction impacts portfolios, but the markets are facing a serious reckoning one way or another. I expect the major indices to fall by 40% – 50% from recent highs before prices stabilize.

This is not to say that the markets will drop 50% immediately. There will be lots of ups and down, panic selling and panic buying along the way. Incredible rallies will be followed by just as incredible crashes. But I predict that the overall trajectory from now until the end of the year will be sharply to the downside.

Much of the economic growth that we have experienced over the past six years has come from unconventional oil drillers. Those companies are being driven out of business by Saudi Arabia, which is killing its competition by pumping large amounts of oil and keeping prices below $60 per barrel. This crushes the revenues and profitability of oil companies that are using fracking and other expensive methods to extra oil from the earth. Some of them have already gone under, but the vast majority of the are leveraged and will go bankrupt over the next 12 months as they are unable to service their debt. This is all by design of course, but it will have a knock-on effect to the economy and kill one of the major growth sectors that has helped fuel the recovery to date.

Geopolitics, Shemitah, Blood Moon and the End of the 7-Year Cycle

Geopolitical tensions are not going to help the situation. Russia is currently moving heavy weaponry and forces into Syria, a top target of the warmongers and military-industrial complex in Washington D.C.

September 13th is the last day of the Shemitah year. The end of the Shemitah cycle on September 17th of 2001 and September 29th of 2008 were the two largest single-day declines in the history of the stock market. We also have the last of the blood moons occurring in late September.

Whatever your religious beliefs, September is statistically the worst month for stocks historically. 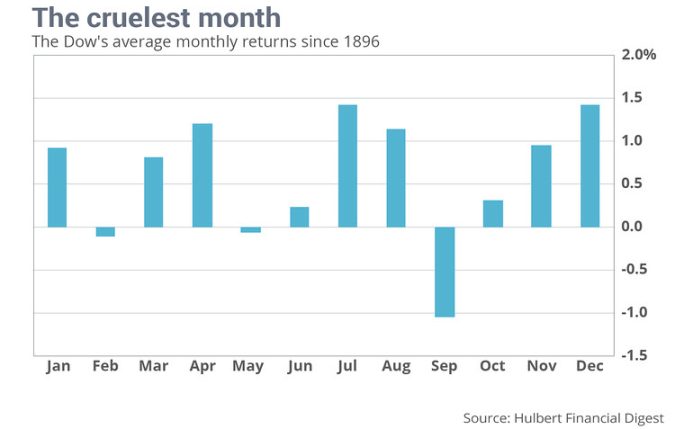 Catastrophe Insurance – How to Protect Your Portfolio

We decided to hedge our portfolio and short the markets a week ago. Options are probably the best way to achieve such a hedge, but for those uncomfortable with options trading, there are inverse ETFs. I believe there is considerable downside remaining in stocks over the next few months. I also believe precious metals and mining stocks could have additional downside before bottoming, so I am not a buyer at the current time. But when they finally find a bottom and bounce, the move is going to be very explosive and I plan to buy into it aggressively.

Inverse (leveraged) ETFs are not intended to be held for the long term as they face considerable performance decay. But for short-term swings in the market, they can be very powerful and profitable tools. Take the ProShares UltraShort Financials Fund (SKF) for example. It is up over 20% in the past 10 days alone.

Another fund that I have used to hedge our portfolio in the past is the UltraShort Real Estate Fund (SRS). This fund seeks daily investment results that correspond to twice the inverse daily performance of the Dow Jones U.S. Real Estate Index and is up 21% over the past 10 days.

You can also short China via FXP, a fund that is up 27% in the past month. Or utilize one of my favorite short ETFs, the Emerging Markets Short ETF (EDZ) which is up 74% in the past few months! 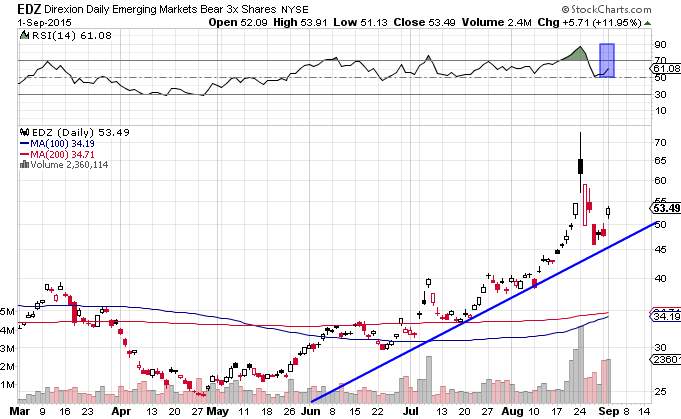 Of course, determining when to get in and out of these funds is the tricky part and can have a major impact on your returns. As part of our premium membership service, I provide regular email updates with my outlook on the markets, and the trades that I am making to take advantage of the current trends. The membership also includes the monthly contrarian newsletter and access to the GSB portfolio. You can try it out risk-free by clicking here.