THE FEDERAL RESERVE met and talked.

The unofficial statement issued after their meeting was, “Yada, Yada, Yada.” Their statement was translated by an obscure web site, link unavailable, which interpreted their statement as:

“The Federal Reserve along with other important central banks and G-20 nations have created a pyramid of debt. This debt is ever-increasing and will be repaid by issuing new debt. Example:  Issue $2 trillion in new debt to repay $1.5 trillion in old debt plus $0.5 trillion in excess expenditures. Call it a Ponzi Scheme!

Ponzi Schemes inevitably implode and a correction or crash is coming. Consequently the search for distractions and scapegoats has intensified. Central banks and G-20 governments are hopeful that appropriate distractions will be identified and blame for the disaster will be directed elsewhere. Every effort shall be made to enhance the power, wealth and status of the financial and political elite.”

DISCLAIMER:  This translation cannot be verified so act accordingly. Portions of the above translation may not be accurate. If in doubt about the usefulness of any statement from central banks, buy gold and silver, and avoid currency units issued by central banks unless you have done appropriate “due diligence” and understand the risks of debt based fiat currencies.

Other useful interpretations of Fed policies are here and here.

It is easy to see how sales of crude oil for gold will:

For additional commentary on gold and the dollar, read:

Hugo Salinas Price:  My Views Regarding Prospects for Gold Price

Charles Hugh Smith:  The Demise of the Dollar: Don’t Hold Your Breath

HURRICANES HARVEY, IRMA, AND MARIA have devastated portions of Houston, Florida, Puerto Rico, and the Caribbean Islands. There will be few beneficiaries from these disasters and many ugly consequences. The cost in dollars, debt and human misery will be catastrophic.

EQUIFAX has been discussed in the news. Supposedly their servers have been hacked several times, the data on 143 million Americans has been stolen, management insiders sold shares before the breach was announced publicly, and Equifax encouraged people to go to a fake site.  The words “stupid” and “incompetent” come to mind.

NORTH KOREA:  The distraction game continues and escalates. The process and consequences will be interesting and possibly deadly.

The Deviant Investor is NOT an expert on gold stocks, their management, or prospects, so do your own research. Consider the following big-picture analysis: 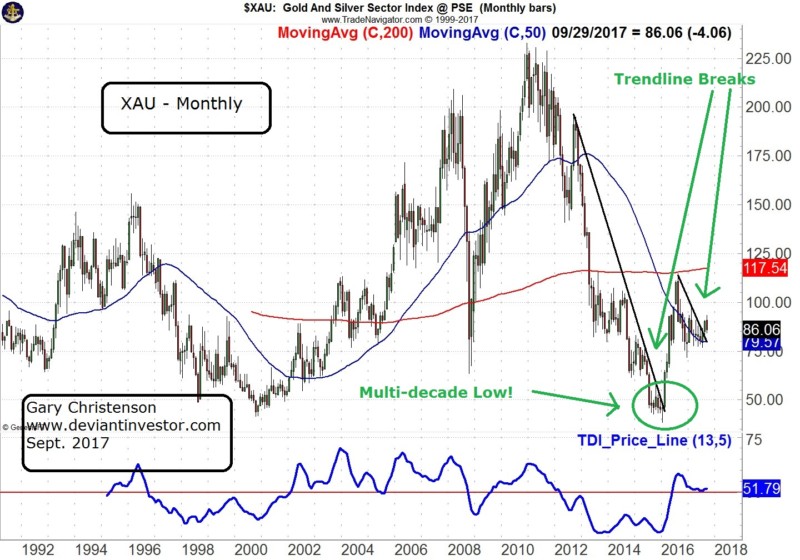 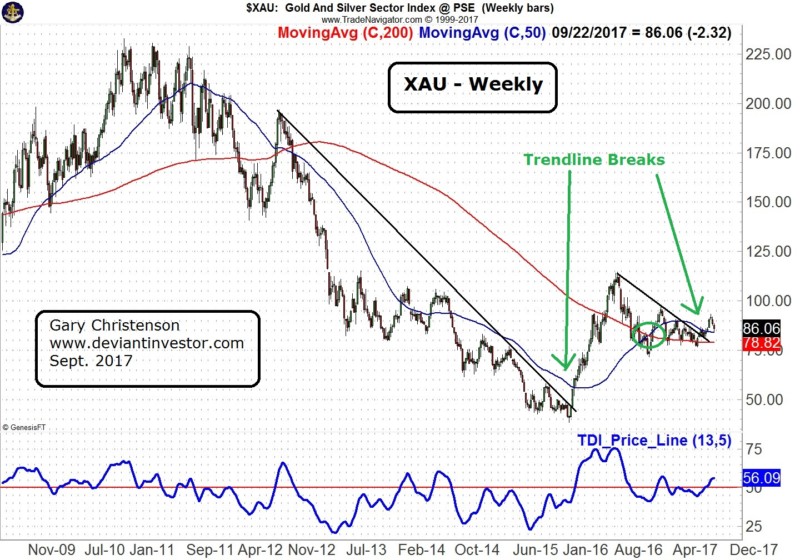 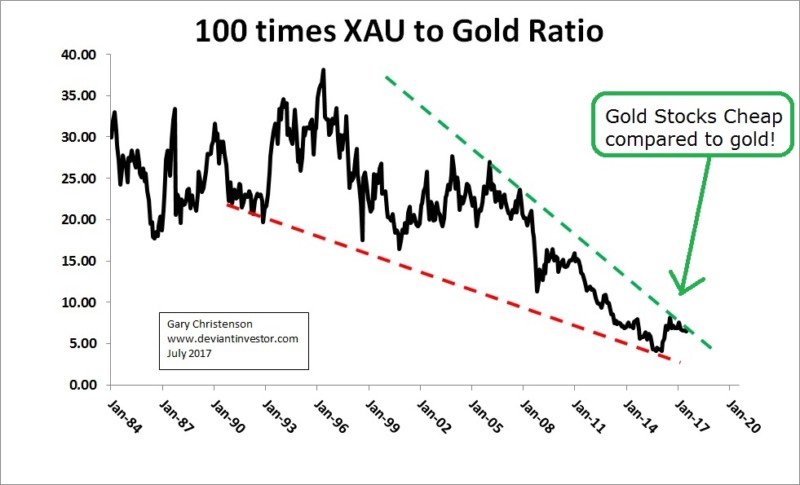 In the long-term, higher U. S. debt means more currency in circulation, continued devaluation of the dollar, and higher gold prices. Gold and silver stocks will soar as a consequence of higher precious metals prices. A weakening dollar and less global reliance on petro-dollars will support gold bullion prices.

Freeport-McMoran has announced an understanding with the Indonesian government regarding long-term operating rights and investment plans in Papua.

Freeport-McMoran’s “portfolio of assets includes the Grasberg minerals district in Indonesia, one of the world’s largest copper and gold deposits; significant mining operations in the Americas, including the large scale Morenci minerals deposit in North America and the Cerro Verde operation in South America.”

Stock price for FCX has tripled since January 2016.

“Iamgold is a mid-tier mining company with four operating gold mines on three continents.” They mine in North America, South America, and Africa.

Their stock price has quadrupled since January 2016.

The President and Chairman, Dr. Quinton Hennigh, presented at the Denver Gold Forum on September 25. He discussed exploration plans in Western Australia and showed a “live feed” from the Karratha Project in Australia.

From Bob Moriarty of www.321gold.com:  [Read his comments.]

“By skipping the show this year I missed the sound of hundreds of jaws hitting the floor, all in unison, when Quinton Hennigh live streamed a video from the Karratha gold project in Western Australia.”

The stock price is selling for about five times its June price.

From Reuben Gregg Brewer:  “Why I Love Royal Gold, Inc.”

“The first thing to understand is that Royal Gold isn’t a miner – it’s a streaming company. It makes money by giving cash up front to miners for the right to buy gold and silver at reduced rates in the future.”

“Royal Gold has increased its dividend in good years and bad for 16 consecutive years.”

First Majestic is run by Keith Neumeyer, a well-respected CEO. Stock prices are volatile, were over $25 in 2011 and under $3 in January 2016. Current price is about $7. Silver prices will rise with increasing demand, restrained supply, and devaluing currency units. As silver prices increase, silver stocks should rise considerably more. News and financial reports from First Majestic are available here.