Gold Stock Bull ‘miner spotlights’ will periodically highlight mining companies that are breaking out on increasing volume. This will allow subscribers the opportunity to perform their own due diligence and potentially identify mining stocks at the start of a new major uptrend. We never accept compensation to write about mining stocks. To view the GSB portfolio and see which stocks we believe have the greatest upside potential, sign up for a 3-month trial of the Gold Stock Bull Premium Membership at just $95

2016 has been nothing less but mind blowing for the precious metal sector. Feelings of excitement and conviction, which had long been forgotten since 2012, are returning to gold investors. We are only 6 months into the year and gold is already up 25%, with silver up 45%.

In truth, this makes sense: what was pushed far down for so long should rise very quickly. History is littered with market cycles. The bear beats the bull into a coma, and years later, the worn out bear is crippled by the revived bull in a never ending battle. Within the first 7 months of the year, gold and silver stocks have generated extraordinary gains – but we are still in the beginning of this bull market.

Today we want to spotlight Paramount Gold Nevada Corp (PZG: NYSE MKT) or formally known as Paramount Gold and Silver Corp. Paramount boasts a relatively small-market cap currently around US42 million, and a tight share structure. The company has a unique corporate strategy where they try to maximize shareholder value and reduce risks by focusing on the delta between discovery and production.

There is the risk for early grass-root exploration companies that there may not even be gold in the ground at all, and constructing a deposit into a mine is costly as it’s very capital intensive. Thus the company believes that the ‘sweet spot’ for shareholder value in the precious metal mining business is in that delta.

What better way to have taken advantage of the metals low prices than by buying assets that were already drilled and proven for mere pennies on the dollar. Hold the assets during the bear markets until high prices come back, expand the resource base by adding ounces, then sell it to companies that want to construct the mine. Paramount understands what most juniors don’t – which is why they are in our miner spotlight today. 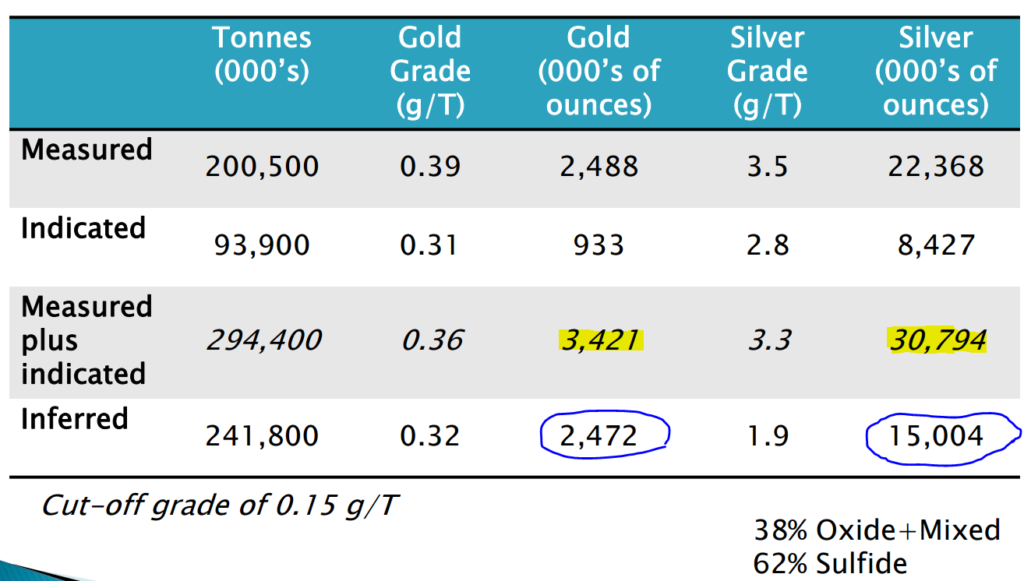 Their flagship project is The Sleeper Gold Project in Nevada. It is located in a world class and mining friendly jurisdiction. It has surrounding infrastructure such as electricity and major roads, and 17 permits in place.
Sleeper alone has M+I 4 million ounces of gold-equivalents, with an additional inferred 2.5 million gold ounces and 15 million silver ounces. Remember that inferred is a resource that is not yet proven to be exact, unlike M+I, but it is a rough estimate. In the opinion of management, once they continue drilling much of the inferred will be added to their M+I reserves. But even discounting the inferred completely (a margin of safety), the M+I so far is still very good. 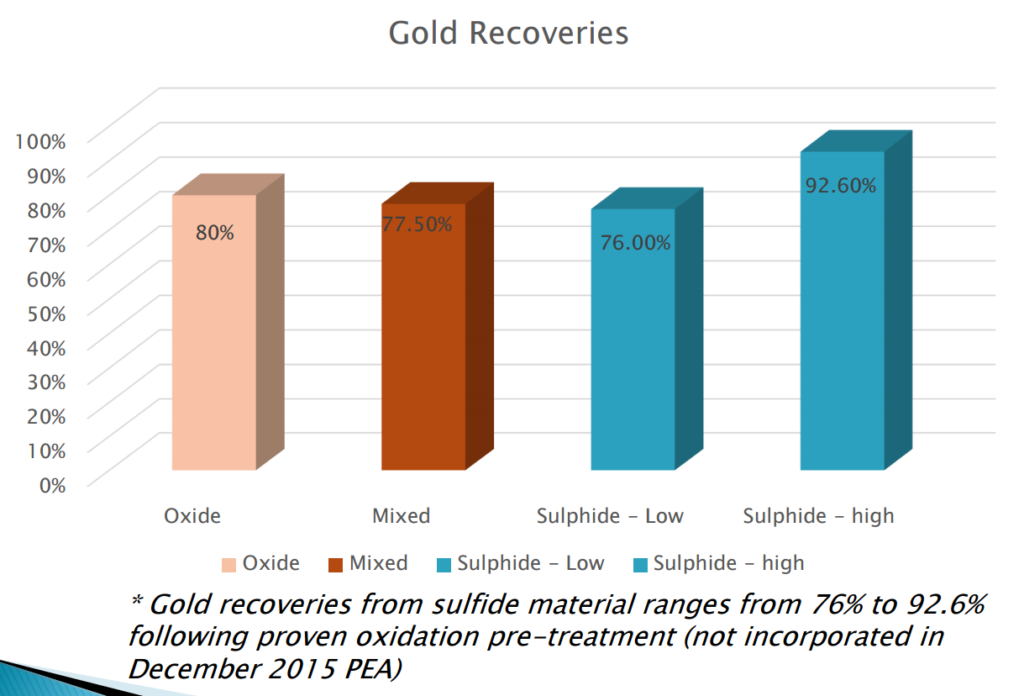 As with almost all gold mining in Nevada, the resource for sleeper will be a low grade, high bulk tonnage, and open-pit project. Thus, the metallurgy (how much gold once mined can be extracted from the rock) becomes key for such deposit types. Many deposits that have large amounts of gold but a poor metallurgy find their costs too high to be even close to profitable (example is the former Nevada producer, Allied Nevada Gold, which went bankrupt a couple years ago).

Yet, Paramount’s Sleeper Gold deposit has the gold recoveries to be profitable, even at $1,000 gold. The higher gold recoveries make the Sleeper deposit very intriguing and gives shareholders more potential value. Sleeper has the size of gold/silver ounces and the solid metallurgy to thrive in Nevada.

The Economics of Sleeper

The mine plan from the PEA (preliminary economic assessment) that was completed in 2015 states the following for Sleeper (using a $1250 gold and $16 silver – already significantly below current spot prices):

The project has, naturally, leverage with the gold price as well. From only a 12% increase in gold and 19% for silver, Sleepers Net Cash Flow gains 40%. 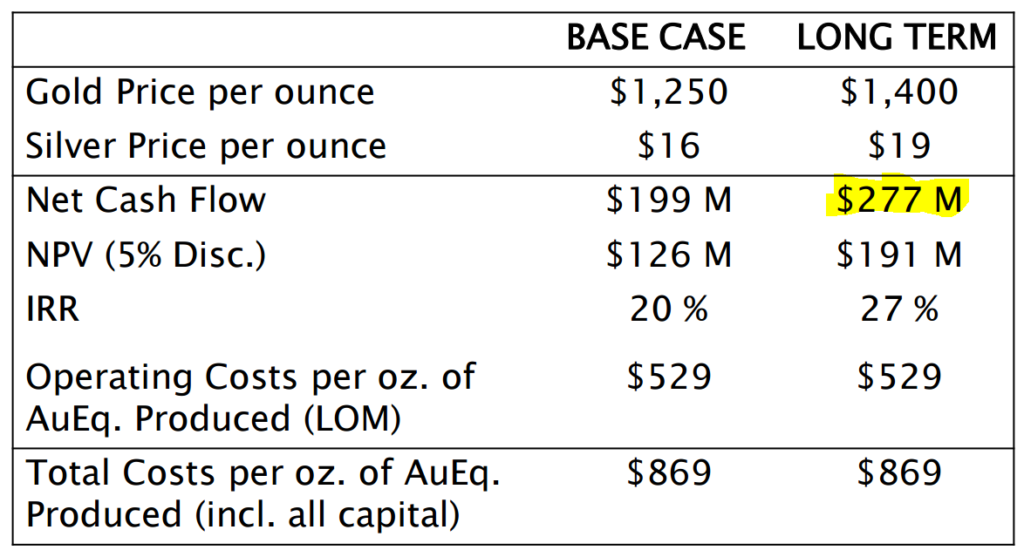 The company is continuing drilling the new targets to find out just how much bigger Sleeper can be.

In March 2016, Paramount announced the bid for an all-stock deal to acquire Calico Resources and their asset in Oregon, USA. Said simply, they are issuing 7.2 million shares to absorb Calico Resources.

Because of the Grassy Mountain deposit. This is, contrary to Paramount’s Sleeper project, a high grade (5.3 grams per ton gold) underground deposit. Grassy Mountain has a contained M+I 1.7 million ounces of gold and roughly 5 million ounces silver.  This greatly increases Paramount’s asset base. Thus, management saw the rare opportunity to purchase cheap ounces in the ground – literally less than a $5 foot long from Subway plus a large drink. They were able to acquire each ounce in the ground for approximately $6 per ounce at Grassy Mountain.

Now that the acquisition of Calico is complete, Paramount’s team will begin drilling targets on the extremely large land package surrounding Grassy Mountain. It is exciting to think about what more potential there is. 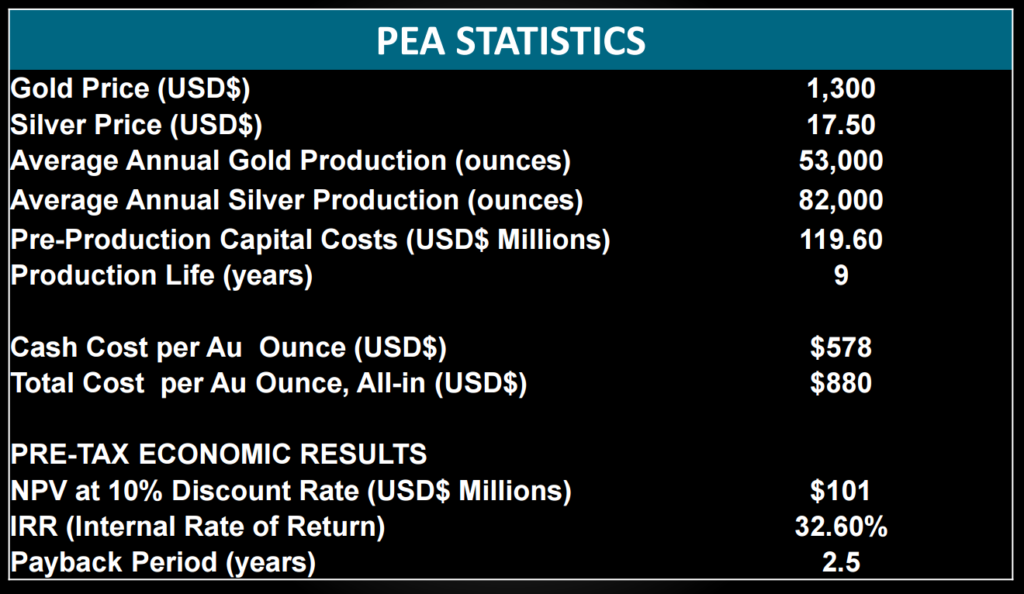 The economics of Grassy Mountain are robust with a 32.6% IRR. A 2.5 year payback period of the 9 years producing gives the shareholders 6.5 years of post-capex cashflow. Similar to Sleeper, it is profitable at $1,000 gold. It is a smaller producing mine (50,000 annual gold production and 82,000 silver production) but as long as the ROI (return on investment) per ounce is high, this author is impressed.

Paramount clearly has the resources, but does it have the management to execute? 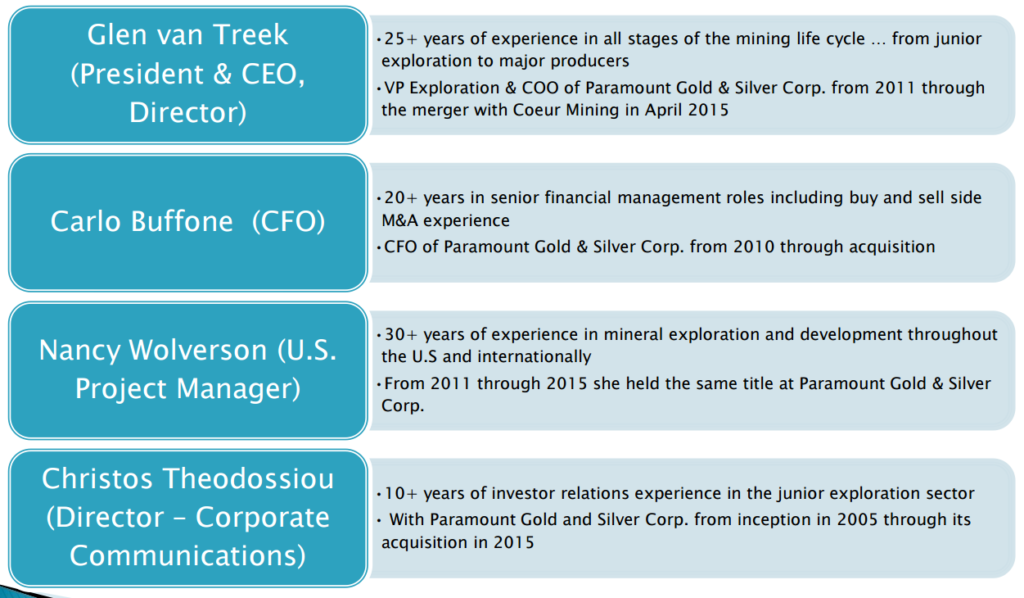 The managers and board of directors all have impressive track records from the range of managing big mines to exploring and discovering deposits. They are qualified and prudent enough to generate shareholder value during bear or bull markets.

The chart shows that from the beginning of 2016, Paramount has had an impressive re-pricing. From a technical perspective the “bullish cross”, when the 50 day moving average (blue line) passes over the 200 day moving average (light green line), occurred during mid-April. Although during the beginning of July there was significant volume of buyers, it doesn’t appear for the trend to dissipate. Fundamentally, I expect gold and silver will go much higher – increasing the net-assets of Paramount’s properties – as well as hopefully adding more ounces through drilling. 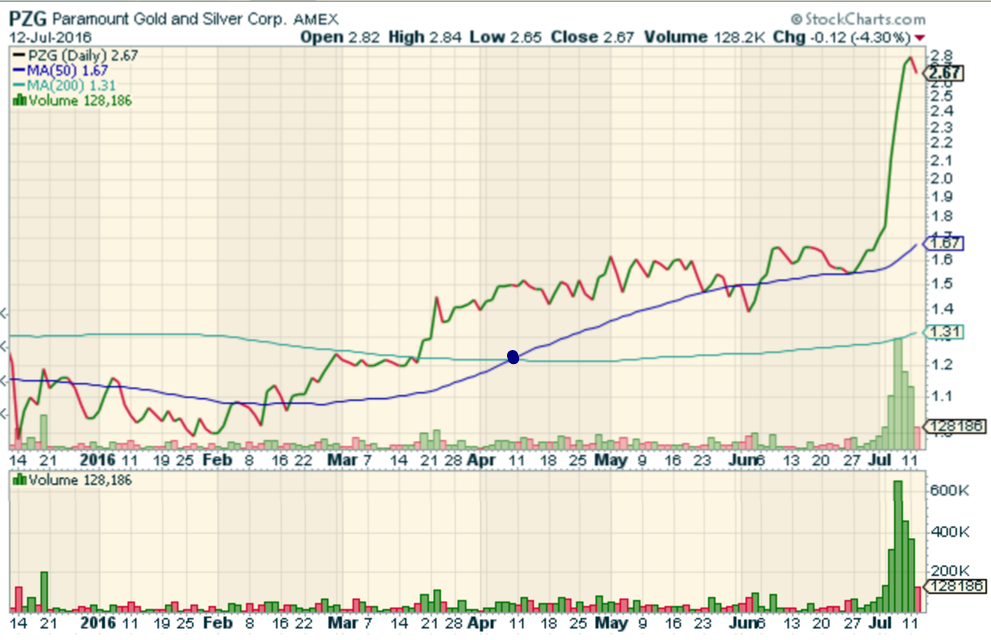 Paramount’s immediate action plans are to improve the confidence the Grassy Mountains project. They are also aiming to complete a pre-feasibility study with the core drilling campaign in 2016. Again, with the recent acquisition of Calico Resources, Paramount is now a much different company.

It now has a second advanced-staged asset and more than doubled the company’s M+I contained gold and silver ounces (combined properties measured and indicated is 5.1 million gold ounces and 36 million silver ounces). The gold quality has increased as well, as Grassy Mountain is a high grade deposit. The new asset greatly increases Paramount’s exploration upside and discovery potential. Also, it reduces risk for the shareholders by diversifying their assets from only a single project. The management team is sound and knows what they are doing. Buying shares of quality assets and quality management at discounted prices is a recipe for out-sized profits.

Expect gold and silver prices to continue upwards as central banks lose control. Global growth and bond yields are falling, as well as confidence in the markets. Paramount will continue drilling the two properties and unlocking their ultimate value, which should propel the share price to new highs.

Disclosure: Neither the author, not the website owner, have any stake in Paramount Gold Nevada Corp. We may look to establish a position in the near future, either in personal accounts or for the Gold Stock Bull model portfolio.